SRA set to delay COLP and COFA regime to 2013 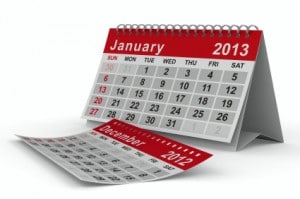 Name the day: nominations to be approved by 31 December 2012, and the regime begins the next day

The Solicitors Regulation Authority (SRA) is set to delay the compliance officer regime, it has emerged.

The scheme for compliance officers for legal practice (COLPs) and for finance and administration (COFAs) was due to go live on 1 November, but the SRA board will today be asked to put it back to 1 January 2013.

The move follows the delay in opening up the process for firms to nominate their COLPs and COFAs, the deadline for which was originally 31 March so that they could be approved by 31 October. But following the problems with practising certificate renewal, nominations will now not even open until 31 May, and close on 31 July.

A paper before the board says that the delay was caused by “slippage in the timetable of availability of online applications and the subsequent decision to move the process out of the ‘online’ environment and to a web-based process”.

An SRA spokesman told Legal Futures that unless it moved the 31 October date, which is in the rules, it will only have three months to consider nominations, compared to the seven months it had originally planned for. By moving the end date to 31 December, the SRA will have five, which “should be sufficient time”.

“The effect of the change would be, effectively, that COLPs and COFAs would not be required to operate under the authorisation rules until 1 January 2013,” he continued.

The SRA will check all the individual COLP and COFA nominees, but “the degree of intensity will be risk based”. It will contact a subset of firms, largely on a risk basis, but also those that are highly complex and also some random sampling, to check the approach the firm has taken. Some firms will be contacted during the nomination process.

UPDATE: The delay was approved by the SRA board on Wednesday.

Meanwhile, Alan Vallance has joined the SRA and Law Society as the director of organisational services, with responsibility for finance, HR, IT and facilities for the representative Law Society and SRA. The role is seen as a critical one in the society’s new governance structure, and Mr Vallance will report to the new joint business and oversight board.

He joins from the Australian Bureau of Meteorology, where he was chief operating officer. Previously, he spent 15 years in senior management positions with Australia Post. He qualified as a chartered accountant with Ernst & Young in London and held positions in the UK and Europe with Hertz before moving to Australia.

The appointment completes the senior management team of Law Society chief executive Des Hudson, after Patricia Greer joined from the Cabinet Office to become chief of corporate affairs and Nigel Spencer, formerly of Logica, was named chief of commercial affairs.