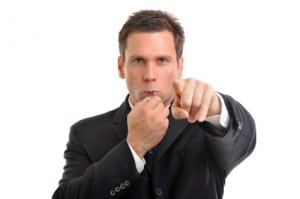 Blowing the whistle: SRA board asked to decide principle of rewarding those who help

The introduction of a leniency scheme for those who reveal misconduct at law firms and alternative business structures will today be debated by the board of the Solicitors Regulation Authority (SRA).

Under proposals put forward by the SRA’s executive, co-operation could result in no action being taken against the potential witness in respect of their own wrong-doing, a reduced sanction or at least mitigation before another body, such as the Solicitors Disciplinary Tribunal.

A paper before the board asks for approval of the principle of a leniency scheme, particularly in light of the existing requirements to report serious misconduct and court disapproval of plea bargaining in criminal cases.

“However, the view of the executive is that a transparent policy by which the SRA will recognise reporting and co-operation as mitigation could increase the protection afforded to consumers by increasing the instances in which such behaviour is in fact brought to the SRA’s intention.

The draft leniency scheme, which was first mooted a year ago, includes a raft of safeguards to mitigate against the risks it poses, including making no offer of rewards to witnesses for information, setting a clear framework for when so-called ‘co-operation agreements’ should be used, and making clear that any agreement will be contingent upon full and frank disclosure and co-operation in good faith.

The executive also pointed out that the core concepts which underpin the proposed policy may not be as radical a departure from current practice as they may at first appear given that early admissions of misconduct and co-operation are already taken into account, while the SRA has operated regulatory settlement agreements “very successfully” since 2007, including ‘without prejudice’ discussions and agreed disciplinary outcomes.

If the board approves the approach, the SRA will then issue a consultation on co-operation agreements.

Meanwhile, the board will today also be asked to approve a whistleblowing statement that sets out the SRA’s approach to receiving information – from anyone, not just regulated persons – about serious regulatory failure or risk. It says that if a report is made confidentially, “we will take steps to protect your identity as far as we can in law”.

The statement includes a warning to take particular care when reporting sensitive information to the SRA, especially if the concerns arise from or are related to any case involving a child.

If approved, the statement will be published without consultation on the basis that it is an attempt to provide transparency on existing practice. It will link to the co-operation agreements policy when finalised.