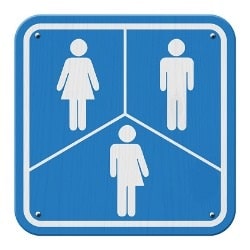 The Solicitors Regulation Authority (SRA) is pushing for protection for staff from criminal sanctions for disclosing information relating to transgender solicitors and other law firm staff.

SRA diversity data, gathered for the first time last year, found that 2% of solicitors, 2% of other staff and 1% of partners said their gender identity was different to that assigned to them at birth – it is estimated to be 1% in the wider population.

Responding to a government consultation on changes to the Gender Recognition Act (GRA) 2004, the SRA said the current exemptions from criminal sanctions in section 22(4) “do not fully cover the work that we do in our role as a regulator”.

Section 22(4) contains exemptions from the ban on disclosure, where it is made for the purposes of a court or tribunal, for the purpose of preventing or investigating crime or for obtaining legal advice.

The SRA said that despite a further exemption, for disclosures made in accordance with a statutory provision, an “additional exemption” was needed that recognised its work.

“For example, although the exemptions may cover work we carry out for the purpose of proceedings at the Solicitors Disciplinary Tribunal, it may not cover work undertaken in the early stages of an investigation where the matters being investigated are not classed as a crime.

“It is also unlikely to cover the work we do in relation to the authorisation of individuals or firms.

“We would welcome an additional exemption that recognises the work that regulators such as ourselves need to undertake in the proper performance of the full range of their regulatory functions.”

The SRA also called for more clarity in the definition of “person” to whom the information is disclosed, to ensure that disclosures among staff at the SRA were not caught by section 22.

The regulator said it supported the government’s review of the GRA and had produced a body of work over the last four years on “trans inclusion”, including a policy statement and guidance for law firms on creating an inclusive workplace.

The SRA’s defines “trans” as “an inclusive term for people who may identify themselves as transgender or transsexual, but also includes identities such as agendered, non-gendered, non-binary or gender queer”.

The SRA said solicitors could manage their own records and change their name and title if they wanted to.

“We recognise a person may wish to make these changes at different times in their transition and we accommodate this whether or not a person has undergone or intends to undergo any process for gender reassignment.

“In line with this approach, we do not ask for a gender recognition certificate (from solicitors) as evidence for a change in name or other personal details.”

The government said it was “not aware of any prosecutions” under section 22 since the GRA came into force. The aim of the consultation paper was to “make it easier for trans people to achieve legal recognition”.

It described the GRA as “world-leading” in its time, because it allowed trans people to have their gender recognised in law without the need for surgery. However, since the Act had come into force, only 4,910 people had acquired a gender recognition certificate, “far fewer” than the estimated size of the trans population in the UK.