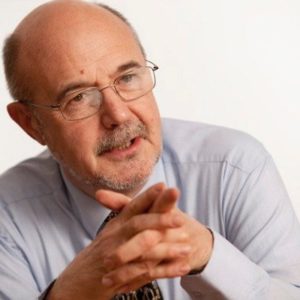 The Solicitors Regulation Authority (SRA) is keeping informants who allege malpractice by solicitors in the dark about the progress of their complaint, two years after the Law Society’s own freedom of information (FoI) adjudicator urged that the problem should be addressed.

The issue raises questions about the SRA’s attitude to members of the public who bring possible breaches of the code of conduct to its attention – an area of performance that is not covered by the Legal Ombudsman, which deals only with customer service complaints.

The independent adjudicator, former BBC journalist Richard Ayre, again referred to the issue in an adjudication last month – relating to an FoI request brought in part to elicit information on the progress of what the requester believed was his complaint.

Mr Ayre backed the SRA’s right to withold information, “somewhat to my regret”, but said: “This is a complex and, frankly, dispiriting case. It appears to me to reflect, as previous cases have, the problems arising from the SRA’s reluctance to keep complainants informed of the progress or outcome of their complaints.

“This, in turn, arises from the fact that the SRA does not regard them as complaints – because the Legal Ombudsman, not the SRA, is the complaints body – and does not accept that people who draw its attention to alleged malpractice by solicitors are complainants with a right to know about outcomes, but simply informants whose assistance the SRA, as regulator, may find useful.”

In his 2011 annual report to the Law Society’s council, Mr Ayre – who took up the role of adjudicator in 2001 – said: “I would urge it to look again at the way it communicates with people who lodge complaints with the SRA, the extent to which it keeps them informed of the progress of any investigations, and the manner in which it signals that no further action is to be taken.”

The following year, in his 2012 report submitted last February, he reported the society’s response, which had been “to say that by referring to ‘complaints’ and ‘complainants’ my report was out of date, because the SRA was not a complaints handling body, that role now being discharged by the Legal Ombudsman”.

Mr Ayre, who was deputy chief executive of BBC News until 2000 and is presently a trustee of the BBC Trust, went on to describe the response as “disappointing”, adding: “The SRA’s website clearly encourages dissatisfied clients to register their dissatisfaction… It seems hardly unreasonable if dissatisfied clients responding to this invitation feel that they have made a complaint to a body that might investigate it and, if necessary, do something about it.

“As a regulator which has said it will act as though the [FoI Act] applies, the SRA clearly has a duty… to be open with its regulatory information when a dissatisfied client who reports an alleged breach of the principles by which solicitors are expected to abide asks what happened next.”

An SRA spokesman told Legal Futures: “We would like to keep all those that bring us information updated on the cases they are involved in, but we receive so many contacts – an average of 10,000 a year – it would be impossible to do this. We do explain this to informants when they first get in touch.”

He referred to published SRA guidance aimed at people who provide it with information, which states: “We do not take forward personal complaints made against firms. We are a risk-based regulator with limited resources that we use to tackle risks to the public interest.”

It adds that aside from offering thanks for the information and confirming how it will be handled, an informant will receive an explanation “that we do not usually stay in contact with people providing information and the reasons why”.

In 2012, Mr Ayre made 19 FoI adjudications and issued just one finding against the Law Society. However, he reported that “in some cases the society modified its stance” during the course of adjudications, and in two cases “changed the grounds upon which it had declined to release information” – in one case “at the very last moment”.