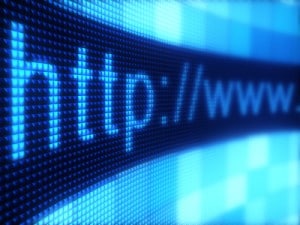 Almost three months after the Solicitors Regulation Authority (SRA) opened up its database to comparison websites, only one is actually receiving any information, it has emerged.

The SRA announced in December that it was making data available to websites which agreed to sign up to the Legal Services Consumer Panel standards and enter into a data-sharing agreement.

Minutes from last month’s regulatory risk committee reveal that the SRA has been “providing data on a weekly basis to one comparison website”, and “a number of other websites are currently in discussions” with it. None of the websites are named.

Steve Brooker, consumer panel manager, said: “We don’t agree with the SRA’s position that the release of data should be attached to our standards.

“Our position is that the information should be freely available to all websites and to anyone else, mirroring the practice of other regulators.”

Mr Brooker said the Bar Standards Board (BSB) was doing exactly this by making its Barristers’ Register publicly available for the first time.

“When the government refers to open data, this is what they mean – putting information from public bodies into the public domain, so everyone can make use of it.

“We now have every single legal regulator, with the exception of ILEX Professional Standards (IPS), publishing their data in a reusable format, and IPS has agreed to do it in July.”

Mr Brooker added: “It is early days and the regulators are building up their confidence. The solution we have now is a good first step, but it’s probably not the way things will look like in the future.”

A spokesman for the BSB said the regulator had opened up its register since February in a bid to improve transparency.

“Like the Legal Services Consumer Panel, the BSB also thought there was value in taking data already publicly available via The Barristers’ Register and publishing it in a way some people will find easier to access and re-use.

“We will be refreshing the data every two months so that it’s up-to-date for those who wish to use it. We hope that by doing so it may enable the development of new ways for consumers to find useful information about barristers’ services.”

Announcing the start of data-sharing at the end of last year, the SRA said the data would include the solicitor’s SRA number, office name and type, address, phone number, email and website. It would also include the firm’s current licence (such as ‘recognised body’), business type (such as ‘law practice’) and constitution type (such as ‘LLP’), but no other information.

In a separate development, the regulatory risk committee heard that struck-off solicitor Dixit Shah is appealing against a groundbreaking injunction obtained against him earlier this year by the SRA that prevents him from holding himself out as a solicitor or being involved in a law firm without its approval.

Mr Shah was involved in one of the profession’s most notorious law firm interventions 15 years ago – described at the time by the society as “the legal equivalent of the Great Train Robbery”. He was most recently accused of involvement in a north London law firm despite having been struck off.