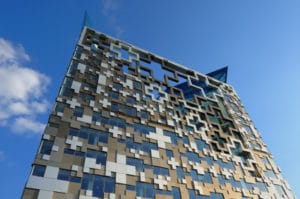 The Solicitors Regulation Authority (SRA) is planning a new definition of ‘client money’ which would exclude fees and disbursements.

The move is part of its overhaul of the Solicitors Accounts Rules, which could also open the way for more solicitors to hold client money in third-party managed accounts.

The SRA described the current accounts rules as “prescriptive and restrictive” in a paper for this week’s board meeting, and said they were focused on ensuring all firms handle money in the same way.

“Their length and complexity makes it difficult for new entrants to understand what is required, while many existing firms find themselves in technical breach of the rules in circumstances where there are no real risks to client money.”

The regulator said its main aims were to produce a “much shorter” set of accounts rules, focused on the key principles, redefine client money and remove references to ‘office money’ and ‘office account’, and enable law firms to use third-party accounts.

“The impact of the proposed change in definition is expected to remove the need to have a client account for some firms and therefore reduce the associated compliance costs. The changes may also reduce the number of firms required to obtain an accountant’s report through the subsequent reduction in the client account balance.”

The SRA said the current rules had the “odd distinction” of treating fees paid in advance as client money, but not fixed fees, which were increasingly popular.

It argued that consumers benefited from “significant protection” under the current rules, because fees paid in advance could be returned to the client if the firm became insolvent, but consumers wanting a higher level of protection could opt to pay by credit card.

On third-party accounts, the SRA said flexibility also needed to be balanced with “appropriate” consumer protection and their use may only be appropriate for “certain types of clients or categories of work”.

The Legal Director, a legal consultancy which provides in-house lawyers to businesses on a contract basis, became the first firm regulated by the SRA to use BARCO, the Bar Council’s third-party escrow account, in March this year.

The SRA originally consulted on the issue in April 2015, but decided later in the year to launch a further consultation.

The consultation on the accounts rules will run for 16 weeks alongside the regulator’s review of the SRA Handbook.

Speaking to journalists after the board meeting, Crispin Passmore, executive director of policy at the SRA, said: “At the moment we have a very wide definition of client money. We’re looking to narrow that so the money you pay your lawyer to do the work is not handled in client account.

“We have a choice as consumers as to whether we pay upfront, when the work is done or in certain stages. We need a proportionate scheme with the right sort of protections.

“Are we so worried that lawyers won’t do the work they’ve been instructed to do in taking an advance payment, that we need this special protection? I’ve got more confidence in solicitors and solicitors’ firms than that.

“We don’t see widespread evidence of people taking the money in advance and not doing the work. When things go wrong they’re much more often about large amounts of money – deposits for houses and things like that.”