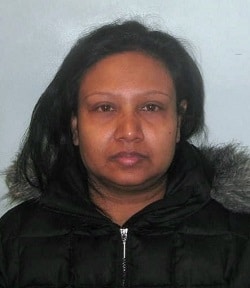 The Solicitors Regulation Authority has placed conditions on the practising certificate of a solicitor who safeguarded more than £100,000 of stolen cash for a charismatic conman posing as the Pope’s banker, and is investigating whether further disciplinary action should be taken.

The conditions mean that Buddika Kadurugamuwa, who now works for north London law firm Christopher Mathew Solicitors, cannot be a manager or owner of a law firm, be a compliance officer or money laundering reporting officer, or have sole responsibility for any financial matters.

Earlier this year, Southwark Crown Court heard that she transferred £111,400 into an HSBC account in her husband’s name when fraudster Luis Nobre told her he was closing down his account and needed to move the money.

She was charged with transferring criminal property after it emerged that the money came from a €100m (£73m) scam Mr Nobre had pulled off against major pipe lay company Allseas Group Ltd by promising it $5bn worth of bogus bank guarantees.

Jurors cleared Ms Kadurugamuwa of one count of being concerned in a money laundering arrangement but found her guilty of one count of transferring criminal property after a four-month trial alongside Mr Nobre.

She was given a six-month suspended sentence and ordered to carry out 125 hours of unpaid work.

A spokesman for the Solicitors Regulation Authority said: “Now that the criminal proceedings have concluded, we are seeking further information before deciding on the appropriate course of action.”

The court heard that the money remains in a Sri Lankan bank account and that Ms Kadurugamuwa intended to return it. She was sentenced on the basis that the money would be returned.