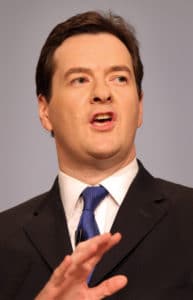 The Solicitors Regulation Authority (SRA) has made a direct plea to government to use next month’s Autumn Statement to make good on the plan announced last year to grant it full independence from the Law Society.

In an unusual pre-Autumn Statement submission to the Treasury, it said independence was needed “to support our vision for a modern, open legal market which, in turn, will support a competitive UK economy post-Brexit”.

Since the then Chancellor George Osborne and then business secretary Sajid Javid announced plans to separate legal regulators from representative bodies last November in a paper on boosting competition, there have been no moves to make it happen, even though it was meant to happen by the spring of 2016.

The Law Society vehemently opposes the idea and indeed said earlier this year that it should be shelved because of Brexit.

The Ministry of Justice has, however, consulted on the other legal regulatory reform announced in the same paper – removing regulatory burdens on alternative business structures.

“We regulate in the public interest and are clear that regulation should be separate from the representation of professional interests and accountable to the public through Parliament or the judiciary. We believe that independent regulation will command greater public confidence, better serve the public, deliver better outcomes and be more cost effective.

“The Treasury touched on the case for independence in its anti-money laundering consultation document of April 2016, flagging up the problem of perceived conflicts of interest. It stated: ‘It might be easier for law enforcement to share information with supervisors if the supervisory arm is distinct from the representative arm.’”

The SRA pointed out that the Legal Services Board and Competition and Markets Authority also supported independent regulation.

“The Autumn Statement should re-establish the commitment first made in November 2015, with details of a timetable for its implementation. This is not the time to put the brakes on reforms that will support a healthy legal market, inject more competition and innovation, provide more opportunities for solicitors and improve access to law.

“Rather than retreat into the past as we leave the EU, there is now an opportunity to reform legal service regulation and make sure legal service providers are able to compete nationally and internationally, while at the same time enhancing public and business access to solicitors.”