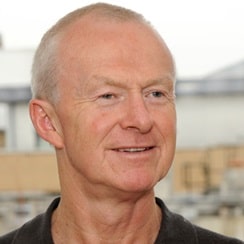 The High Court has dismissed an appeal by the Solicitors Regulation Authority (SRA) against a disciplinary tribunal’s decision to clear Martyn Day, two of his colleagues and his firm Leigh Day over their conduct of the Al-Sweady case.

The court noted that the costs of the case “have become simply enormous – deep into seven figures”. It was the SRA’s longest and most expensive prosecution ever.

All 19 charges against Mr Day, the firm’s senior partner, partner Sapna Malik and solicitor Anna Crowther, along with the firm as a whole, were dismissed last year in a highly unusual majority decision by the Solicitors Disciplinary Tribunal.

The highly politicised case related to their conduct in acting for Iraqi nationals at the Al-Sweady inquiry, which cleared British soldiers of the most serious allegations of unlawful killing after a firefight during the Iraq war in 2004, but found there had been some mistreatment of detainees.

The SRA appealed against the tribunal’s decisions on nine of the charges. The Administrative Court ruling was given by Lord Justice Davis, Mr Justice Foskett and Mr Justice Holgate.

They wrote: “Dissatisfaction on the part of the SRA with the outcome of the very protracted hearing before the tribunal below cannot of itself ground a successful appeal…

“In almost all material respects the challenge has, on analysis, been as to the tribunal’s findings of primary fact and its evaluative assessment of those facts in determining whether or not there had been proved to be professional misconduct.

“To the extent that points of law arose, either there were no errors of law on the part of the tribunal or any errors were not material to the conclusion on each allegation.

“This the SRA failed to do. There is, overall, no proper basis on which the appellate court, on established principles, can legitimately interfere with the assessment of the evidence and the evaluative judgment of the tribunal on any of the allegations which are the subject of this appeal.”

The controversy in the underlying litigation focused in particular on the very late disclosure of a document showing the nine detainees to have been insurgents and the delay by their lawyers in withdrawing the allegations of torture and murder.

That document contradicted what the detainees had told the inquiry and, Leigh Day said, what they told the firm.

Two of the charges appealed related to this document, and the court said the tribunal’s decision “seems perhaps to have been a generous one in favour of the respondents”.

But “on the whole, we are not able ourselves to conclude that the conclusion of the tribunal went outside the range of what was reasonably open to it”.

The ruling added: “We do not say that the respondents, individually and collectively, do not merit any criticism for these oversights. They do: and, in fairness to them, we repeat that they have very strongly criticised themselves.

“But that is not to say that such lack of competence and such oversights as were involved necessarily were of a degree such as to constitute misconduct.”

The court also noted the strong feelings people had in support of the firm and also in criticising it.

“These viewpoints are irreconcilable,” it said. “As [the respondent’s counsel, Patricia Robertson QC] frankly put it, Leigh Day can be said to be a ‘Marmite’ firm.

“But it may perhaps at least to some extent explain the storm of criticism – by no means all of it well informed – which ensued in the light of the firm’s involvement in [the Al-Sweady case].”

Mr Day said: “We are both pleased and relieved by today’s findings. The investigations and prosecutions have been ongoing for many years and my greatest regret is that it has diverted me from doing the human rights work that I love.

“I am very pleased that today’s judgment will enable me to put my full energies back into that work.”

A Leigh Day spokesman added: “The scale of the SRA’s prosecution meant that for us to fight the charges on a level playing field we had to invest very considerable sums.

“We would have found that extremely difficult if it has not been for our having decent insurance cover. All law firms should take note.

“Building on our experience, Leigh Day has set up a team specialising in regulatory and disciplinary issues to help law firms and individual lawyers who find themselves up against the regulator.”

An SRA spokesman said: ““We note the judgment, and will review it over the coming weeks.”

The tribunal refused Leigh Day’s application for costs, again on a majority basis, and made no order as to costs. That decision was not appealed.