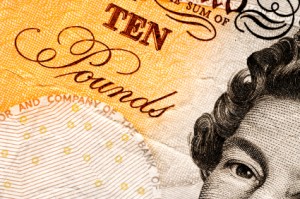 Money for something: onus on regulated person to explain purpose of payment

It will be for personal injury solicitors to convince the Solicitors Regulation Authority (SRA) that they are not paying referral fees once the ban comes into force, it emerged today.

Publishing its long-awaited consultation on how it plans to implement the ban, the SRA indicated that payments that are made purely for marketing, and are not linked to the referrals received, are likely not to breach the ban in the Legal Aid, Sentencing and Punishment of Offenders Act 2012 (LASPO).

It also said it will look closely at proposed alternative business structures (ABSs) involving law firms and claims management companies (CMCs), and particularly at those where the two elements would continue to operate separately after being licensed.

The consultation is open until 18 December, with the SRA board due to decided on changes to the code of conduct in January. The need for Legal Services Board approval means the final version will not be published until early 2013, less than a month before the ban comes into force.

The SRA plans to take an outcomes-focused approach to implementing the ban, meaning it will primarily be for regulated individuals to satisfy themselves that they have complied with the provisions of LASPO. It said this would also enable the SRA to look at the substance of an arrangement, “rather than just its form”.

It also intends to make use of section 57 of LASPO, which allows regulators to treat certain payments as referral fees unless the regulated person can show the payment was for the provision of a particular service or for another reason. “The onus will be on the regulated person to show that a payment that is said to be for services is reasonable and does not include the payment of a referral fee,” the SRA said today.

While it will not pre-approve business models, the SRA said that a “lack of clarity in LASPO” meant it will publish guidance of how it sees the ban working. The draft guidance, also published today, said the communication of a client’s name and contact details would amount to a referral.

This would catch an insurance company passing on details to a solicitor, but not a referral website to which firms pay a fixed annual fee and which just sends an e-mail with contact details to users who have inputted a postcode and area of law.

The draft guidance continued that “a payment will be prohibited to the extent that it is being paid for the referral or arrangement”.

It gave the example of a group of law firms setting up a separate not-for-profit company to advertise their services collectively; enquires are made to a call centre, details of potential clients are passed to member firms on a rota basis and each firm pays an equal share of the costs.

“This is unlikely to involve an unlawful referral fee. On the other hand, if the advertising/marketing was carried out by a commercial entity and the fees paid by the regulated firm depended on the number of clients referred rather than the cost of the advertising/marketing campaign, this would suggest that the payment was for the referral.” Under the SRA’s approach, it would then be for those involved to convince the SRA that it was not.

It listed factors that would indicate a prohibited referral fee as including: payment for services which are in excess of the normal market rate for such services; an arrangement where receipt of referrals is conditional upon payment; payments that are made per referral or which are otherwise linked to the number of referrals; and evidence that a genuine service is not being provided.

The SRA stressed that become an ABS is not an easy option. It continued: “We will look closely at applicants’ proposed referral arrangements. Where, for example, a firm and a CMC apply to become an ABS, we will carefully scrutinise the application and the proposed business model.

“Models which suggest an intention to continue as more than one business, with referrals being made between them, may not be licensed, if we believe the referral arrangements will be unlawful. Applicants will need to demonstrate that they are truly operating as one entity and if referrals are made to another part of the business within a group structure, that these comply with LASPO and our regulatory requirements.”

The full consultation paper, with draft changes to the code of conduct and guidance, can be found here.