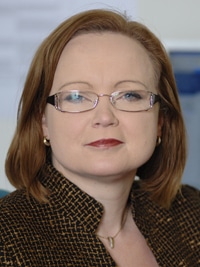 The Solicitors Regulation Authority (SRA) has begun a review of the role of compliance officers for finance and administration (COFA), less than a year since they took up their posts.

This could lead to them becoming the “main financial conduit” between law firms and the regulator, displacing firms’ accountants, according to Agnieszka Scott, the SRA’s director of policy and strategy.

Speaking yesterday at the SRA’s first conference for compliance officers in Birmingham, Ms Scott said it has begun developing the policy options ahead of a consultation in January, with a view to implementation in early autumn 2014.

She said there was uncertainty about whether certain matters – particularly concerning the finances of the firm when they indicate instability – are within the COFA’s area of responsibility.

Other issues include the overlap between the COFA, the reporting accountant and also the compliance officer for legal practice (COLP); the value, from a risk-based perspective, of accountants’ reports that can be up to 18 months old; who looks after the office account; and who is overseeing the proper administration and governance of the firm in accordance with principle 8 of the SRA Code of Conduct.

While emphasising that she does not know the answers to these questions yet, Ms Scott said the review will therefore consider extending the role of the COFA to be the main financial conduit between the firm and the SRA, to cover the office account, to confirm that the firm’s accounts are accurate, and to report to the SRA on issues related to principle 8.

However, SRA executive director Samantha Barrass told COLPs and COFAs at a different session that if they are concerned about issues such as the financial position of the firm, “[it] is always that it is best to inform the regulator at an early stage – despite any internal pressure not to report. I would expect the senior partners or managing partner to be informed of such a report”.

Ms Barrass continued that the lack of self-reporting by law firms, particularly those in significant financial difficulty, is “extremely concerning” – none of the so-called high-impact firms currently in intensive engagement with the SRA self-reported. “This is a key role of the COLP/COFA,” she said.

This included not reporting issues such as being unable to pay VAT to HMRC, or paying salaries but not PAYE.

In one extreme case of dishonesty by a firm in financial trouble, Ms Barrass said there were two sets of accounts produced – one, for lenders, showed a £1m profit, while the other, for HMRC, showed a loss of over £100,000.

Giving examples of both good and bad practice in how compliance officer roles have developed, Ms Barrass said the need to self-report in a “timely manner” was one of the three key messages for COLPs and COFAs.

The other two were the benefits of early engagement with the SRA and “the need for you to have confidence in your roles to manage risks and make sound judgments in the way you see fit, without fear that you will be second guessed by us”.

She emphasised that the roles are more than just about ensuring compliance. “What is more important is bringing about a change of culture in firms so that managing risk and complying with our regulations is seen as everyone’s job.”

Also in the session for COFAs, Maria Round, the SRA’s head of ethics guidance, said the regulator receives 800 to 1,000 applications to donate unclaimed client monies to charity, amounting to more than £1m a year. She said this was a conservative estimate as the figures were a couple of years old.

Advising firms on the need to return client monies promptly, she said the SRA has in the past received applications to donate up to £300,000.