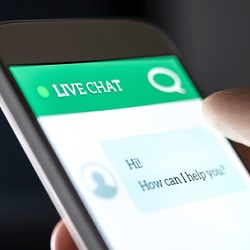 There is a lack of trust and visibility of interactive self-help legal tools that are being developed to help access to justice, such as chatbots and online documents, the Solicitors Regulation Authority (SRA) has found.

It also warned that the rapid switch to online advice services has proved “particularly difficult” for some groups of people, isolating them more than they were before Covid.

The regulator has published the interim findings from a project it is running with funding from the government’s Regulator’s Pioneer Fund, which awarded it a £168,000 grant last year.

The aim is to stimulate new approaches and offer new pathways to utilising technology and innovation, so as to help remove longstanding and growing inequalities with access to justice.

While the pandemic has accelerated the adoption of technology by the consumer advice sector, the SRA said, “the task now is to understand how best innovation in service delivery can be used to improve legal advice service provision and increase access to justice for citizens”.

There were some useful online sources of legal information, such as provided by Citizens Advice and other websites, but these often contained static information about services offered and links to resources.

The report said: “There is lack of trust and visibility of interactive self-help tools that are being developed, for example, chatbots such as Access Social care’s Alice, which is now open source, [and] web-based platforms that can generate customised documents/forms using information from user responses to a questionnaire.”

These tools could be either used directly by the public or to support face-to-face advice provided by an advice agency or law firm, but there were issues around usability as well as making them easier to find.

“Another potential area where a simplified form could be helpful would be for disability benefits appeals which is one of the highest volume problems seen by community advice agencies.

“And we heard that charities supporting people with mental health issues had to help complete very lengthy forms that they struggle to complete.”

The SRA said that while those with literacy problems or who struggled with technology were suffering from the move online, other groups – such as homeless people – have benefited from it, “for example because technology might break down their isolation or allow for anonymous interaction if that is preferred”.

Other issues the project has identified include a skills gap limiting the provision of pro bono services.

“Virtual pro bono clinics are attracting far more senior lawyers to get involved, but there are still barriers and pressures. This results in lawyers becoming less likely to get involved in pro bono advice as they progress in their careers.

“As a result, there remains a shortage of legal advisors to staff free legal advice clinics.

“Approaches from local firms to offer pro bono services are therefore sometimes not been taken up because university law clinics are not resourced to provide the social welfare training and supervision required.”

Language was a barrier – both legalese and for non-native speakers – as was a lack of support for smaller advice agencies to adopt technology and manage data privacy and security risks.

Further, the report said, commercial case management systems may not be suited for the advice sector, and  there were “limited signposting tools” to connect across agencies and manage capacity.

The danger was clients being “over-referred” onto organisations that lacked the capacity to take them on.

The funded part of the project ends this month but the SRA plans to keep on working on the issue, such as by running a series of ‘justice innovation challenges’ during 2022 to show where “targeted application of legal technology can produce positive change for those who need access to legal advice”.

Separately, the SRA has commissioned research which will take a “wide-ranging look” into what gaps in legal provision and access to justice may exist across England and Wales, and what impact this might have on different groups of consumers.

The independent study, led by Professors Irene Scopelliti and Zachary Estes from Bayes Business School of City University London, will initially seek to identify different groups, or segments, of consumers based on their individual needs and behaviours when a legal issue arises.

The research will also look to identify where gaps in provision currently exist and which consumers are most adversely affected, as well as testing policy interventions which could potentially address these gaps.

It will include an in-depth examination of how factors such as ethnicity and socio-economic status impact access to legal services.