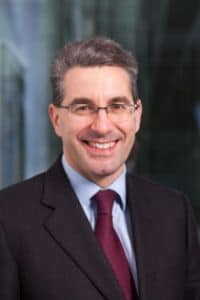 The Solicitors Regulation Authority (SRA) is launching a crackdown on money laundering today, in conjunction with the National Crime Agency (NCA).

Between now and next May, the regulator will be working with firms to ensure robust systems are in place to guard against becoming involved in money laundering.

This will include closer engagement with those firms identified as most at risk, and providing support and guidance across the whole of the profession from large firms to sole practitioners.

The announcement follows comments last week from Donald Toon, director of economic command at the NCA, who said law firms in London would be investigated as part of an operation against money laundering and other forms of economic crime by “large-scale” criminal organisations.

Paul Philip, chief executive of the SRA, said: “Law firms often handle large sums of money, and this means they attract those who seek to launder the proceeds of crime.

“We want to work with the profession to ensure that all firms, no matter how large or small, have the systems in place to guard against money laundering and that they are compliant with the current regulations and legislation.

“We will also be testing the systems used within firms to report money laundering, and how widely these systems are known within each firm.”

Mr Philip said the regulator wanted to ensure solicitors met their legal obligations to report suspicious transactions. “The SRA will be taking a robust stance on anti-money laundering compliance and will deal promptly with any firm that that transgresses the rules,” he said.

“Our work will focus initially on those firms deemed at highest risk, but all firms need to be aware of the issue. There will be serious consequences for those who fail to take their obligations seriously.”

A spokesman added that the initiative, which involved working “very closely” with the NCA and Home Office, would run until May 2015.

Mr Toon said that although the number of people assisting criminal activity was small, the issue had the ability to “undermine the reputation of a major part of the UK community”.

He said an action plan on how to tackle “professional enablers” would be formulated by the end of the year. However he said “some enforcement action” by the NCA could happen sooner, in conjunction with the SRA.

A spokesman for the NCA added that the agency would work with partners in law enforcement and regulators to develop a programme “to target the small number of individuals in the legal and financial professions that facilitate money-laundering and economic crime.”

In a separate development, the Attorney General Jeremy Wright told the conference that the government was considering proposals for a new offence of corporate failure to prevent economic crime.

He added that the government would soon be publishing the first ever national anti-corruption plan.