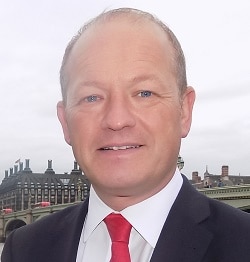 The Solicitors Regulation Authority (SRA) has launched an investigation into a law firm accused by the senior immigration judge of weakening the rule of law through its “cavalier and unprofessional” approach in acting for the Rochdale grooming gang.

It also wants to meet Mr Justice McCloskey to discuss his other damning criticisms of the way some law firms handle immigration cases.

In all, nine men from Rochdale were convicted and four of them – serving sentences from 22 years to six – have appealed against a decision by then then home secretary, Theresa May, to strip them of British citizenship as the first step to deporting them to Pakistan.

In December, McCloskey J was scathing in his criticism of their solicitors at Nottingham law firm Burton & Burton.

“To describe this state of affairs as grossly unsatisfactory is an acute understatement. The Upper Tribunal has been treated with sustained and marked disrespect. The conduct of these appeals has been cavalier and unprofessional. The rule of law has been weakened in consequence.”

The judge adjourned the hearing “in these frankly shameful circumstances” and reserved “the issues of possible contempt action and referral to professional bodies”.

In both that and a subsequent hearing of another case, McCloskey J indicated that other firms were in the crosshairs, accusing one of effectively blackmailing the tribunal into granting an adjournment.

The SRA was responding to a complaint about Burton & Burton from Rochdale MP Simon Danczuk. “This does not appear to be a one-off but a systemic problem which clearly needs to be dealt with,” he wrote in a letter to SRA chief executive Paul Philip.

“It has delayed justice for the victims of these paedophiles, who I know are frustrated at the handling of this case, and has made a mockery of our justice system.”

In response, Mr Philip said: “The comments made by Mr Justice McCloskey are of real concern and we have started investigating this.

“In addition we have asked him to meet with us in view of his wider comments of having seen multiple recent examples of similar conduct. We want to understand if there are other firms or solicitors that we regulate that have been a cause for concern.”

Mr Danczuk said he was pleased that the SRA was taking his complaint seriously.

“I have a number of concerns regarding the conduct of this firm of solicitors, who have made repeated requests for adjournment, generating fees in the process. By unnecessarily dragging out the trial, they have allowed the perpetrators of these crimes to remain in the UK.

“By acting in this way, these solicitors are working to prevent criminal foreign nationals returning to their country of origin.

“The victims of the crimes committed by the four men in question must not be forgotten. They have waited long enough for justice, and it is only right and proper that the perpetrators of these crimes now serve their time in a Pakistani jail.”