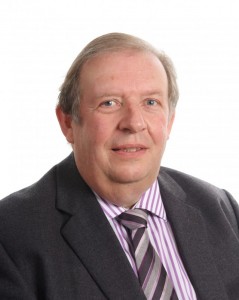 The Solicitors Regulation Authority (SRA) is to investigate the likely impact of criminal legal aid fee cuts on the viability of law firms amid warnings that the cost to the profession of collapses could spiral – from practitioners on both sides of the ‘deal or no deal with the government’ divide.

Crime solicitors generally agree that a number of smaller firms would fold if the government implemented 17.5% fee cuts by spring 2015, causing problems with service coverage.

But they are also predicting that the scale of the collapse could bear heavily on the profession in having to fund interventions and other consequences.

In an interview on the Law Society website, in which he backed the society’s approach to the reforms, former criminal law committee chairman Ian Kelcey, a complex crime specialist and senior partner of Bristol firm Kelcey & Hall, warned the SRA could have to cover substantial run-off debt.

He predicted that if the proposed cut was imposed, firms would “fall over like a pack of cards” and pointed out that many of the firms had two and three partners and run by solicitors “of a considerable age”.

Mr Kelcey, also a former chairman of the Criminal Law Solicitors Association (CLSA), said: “These firms have had to cut and cut and cut; they’ve not been able to make a financial provision for closing down, making the run-off and other factors such as that. So if they do collapse, there will be a very significant debt in respect of run-off that the SRA will have to pick up; there will be interventions and the end result will be that a whole cohort of senior practitioners will probably not be able to practice in the future.”

An SRA spokesman confirmed the issue was large on its radar. Mike Haley, its director of supervision, said: “Supervision have built into their plans for 2014 a project on the impacts of recent changes on criminal legal aid firms and how the risks are being managed by firms. The exact nature of the changes to be made by the MoJ are not yet settled and so it is too early to say what the impact will be.”

Mr Haley also pointed out that reliance on legal aid in general had been a particular focus of the SRA’s financial stability programme, although last week the authority confirmed it would not extend the survey, despite a significant proportion of firms among the 2,000 it surveyed in the summer revealing high risk of financial instability.

Speaking to Legal Futures, the current CLSA chairman, Bill Waddington, agreed with Mr Kelcey that “many firms will fall like a pack of cards” and that the outlook if the proposals went through was “extremely bleak”. He observed it was extremely difficult to estimate the financial cost to the profession of firms going under.

A “worst case scenario” involved own-client contract firms disappearing, although much would depend on how many applied for, and received, duty contracts. He added: “Even those firms are at risk with the cost of gearing up, ie. capital outlay, when they are also trying to cope with a [fees cut].”

He said a factor in the cost calculation had to include “the cost of restructuring it all”, because “once a firm has gone , it’s gone and can’t just spring back into business when the government says “’whoops , we got it wrong – you were right all along and we should have listened more carefully’”.

A special general meeting of the Law Society will be held on 17 December to debate a motion of no confidence in senior officials over their handling of the campaign to resist government legal aid reforms. The society has stressed repeatedly that its deal with the government did not include fee cuts, which it opposed then, as now. The Lord Chancellor is expected to rule on future cuts shortly.

An MoJ spokesman said: “There is no agenda in our legal aid reforms to close small solicitors firms. SMEs are the lifeblood of our economy… [We] do not believe the proposals we have presented would mean a crisis in criminal advice coverage as suggested.”