SRA: interventions due to dishonesty on the rise 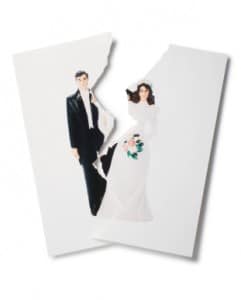 The regulator’s latest performance report also highlighted growing delays in cases going through the Solicitors Disciplinary Tribunal (SDT), exemplified yesterday by news that a solicitor jailed a year ago for his role in a marriage scam has only just been struck off.

There were 47 interventions in 2013, 10 more than in 2012. Of these, 21 involved dishonesty (45%), compared to just nine the year before (24%). Though most interventions involve sole practitioners, the rise in 2013 was mainly down to partnerships.

The SDT made 178 orders in 2013, compared to 288 in 2012 – no reasons for the fall are given, but will in part be due to the SRA exercising its powers to fine solicitors, where previously it had to apply to the SDT for such a sanction. Though the absolute number of strike-offs fell from 78 to 59, it rose as a proportion of the total number of SDT decisions.

The figures also show that a worsening of the SDT’s performance over the year; in the last quarter there was more than a year between the SRA issuing proceedings and the hearing taking place – the SDT’s target is to hear 70% within six months.

Tevfick Souleiman, formerly of Souleiman GA Solicitors in north London, was struck off this week, two weeks shy of a year since being jailed for 10 years. He was convicted of running a gang that reportedly made £20m from helping an estimated 1,800 men to live in Britain by taking part in sham marriages over several years.

In a letter to the SDT, Mr Souleiman said: “I had always respected my status as a solicitor and an officer of the Supreme Court and can only offer my sincere apologies for bringing the profession into disrepute.”

In its 2012/13 annual report – which showed it was achieving the six-month target in just 55% of cases – the SDT said reasons for delay included “preliminary procedural and jurisdictional challenges; the filing of one or more supplementary statement to add to the allegations already made; the ill-health of the respondent and/or witnesses; and parallel proceedings against the respondent in the criminal or civil courts or other pending disciplinary proceedings (where it would ‘muddy the waters’ to proceed with the SDT hearing until the conclusion of the parallel proceedings). Some cases may be delayed because the applicant or respondent (or both) is not ready to proceed”.

There can also be a delay in receiving details of convictions from the courts.

Meanwhile, the performance report also indicated a slowdown in alternative business structure applications in the last quarter of 2013, when just 19 were received, by far the lowest since the SRA started accepting applications in January 2012. Until now, 42 was the smallest number received in a quarter, at the end of 2012.