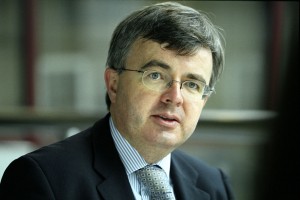 The Legal Services Board (LSB) yesterday expressed continuing concerns about the independence of the Solicitors Regulation Authority (SRA) from the Law Society.

This has led the LSB to issue a new notice under section 55 of the Legal Services Act that requires the society to provide it with certain information.

The society was first put on report last December amid worries about the independence of regulation and the new internal governance arrangements that had been put in place shortly before. That section 55 notice has been terminated – in recognition of the progress made to date – and replaced with a less onerous version.

This requires Chancery Lane to forward to the LSB all papers that go before its business and oversight board (BOB), which provides oversight of the SRA and shared services across the SRA and Law Society.

LSB chief executive Chris Kenny said “ongoing reassurance” of the society’s internal governance arrangements was needed because the role of the BOB “appears more complex than was originally set out”.

In a letter to his Law Society counterpart, Des Hudson, he added: “This is evidenced by a lack of clarity about to whom individuals are accountable, how separate parts of the group are held to account and the apparent blurring of executive and oversight functions.”

He acknowledged that the arrangements “appear to be beginning to evolve into an effective tool for delivering oversight” of the SRA, but said the LSB has some concerns about how they are working in practice. These include that the BOB has “acted as a decision-making body on what seem to be appropriately SRA executive decisions” and other issues around how finances are managed.

Mr Kenny said the section 55 notice would remain in place until the LSB is satisfied that its concerns have been addressed.

A Law Society spokesman said: “We welcome the decision to reduce the level of LSB supervision of the formal relationship between the Law Society and SRA, and the recognition that the new governance arrangements are beginning to settle in.”