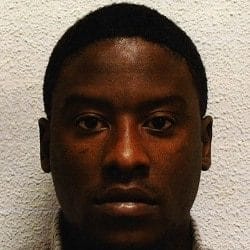 A one-time trainee solicitor who violently raped one woman and attempted to rape another has been banned from the profession.

Wilfred Mandizvidza Marodza, who was a trainee in the London office of Cripps, was sentenced in January to 14 years’ imprisonment.

That was increased to 16 years in May, with an extended licence period of five years, after the Court of Appeal ruled the sentence unduly lenient, following a referral from the Solicitor General.

As he is not qualified and so could not be struck off, the Solicitors Regulation Authority could only make him subject to an order under section 43 of the Solicitors Act 1974, which bans him from working in the profession without the regulator’s permission.

Marodza had been drinking with friends after work on 19 July 2019. He had been harassing people in a bar and behaved in a sexually provocative manner to a number of women.

After leaving the bar in the early hours of the morning, Marodza began following the first victim who was on her way home. He grabbed her by the neck and dragged her to a secluded park. Marodza then threatened to kill her, made her strip naked and raped her.

After a struggle, the woman managed to flee naked, with Marodza pursuing behind, telling bystanders that they were having a ‘domestic’, before she managed to get into a minicab and escape.

An hour later, Marodza approached his second victim, who is visually impaired, while she was waiting for a bus. He offered to help her find a taxi, before grabbing her and placing his hand over her mouth. She managed to scream, causing him to run away.

He was later arrested at his home in Eastbourne, after his work ID was found by police in a rucksack he had left at the bar.

After the hearing in March, the Solicitor General Michael Ellis said: “Marodza subjected his victims to depraved, callous attacks, resulting in serious emotional trauma. I am pleased the Court of Appeal agreed he should serve a longer sentence, and hope the increase brings some comfort to the victims.”