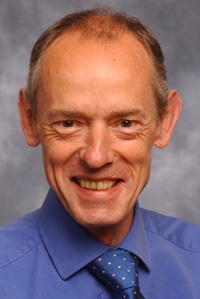 The Solicitors Regulation Authority (SRA) has been “hoodwinked” into changing its rules on referrals to financial advisers and risks involving solicitors in the mis-selling of investment products, a former senior financial regulator has claimed.

Consultant David Severn, who worked for the Financial Services Authority (FSA) and its predecessors for 16 years and until the end of 2004 was its head of investment business policy, fiercely criticised an SRA proposal to scrap the ban on solicitors referring clients to tied financial advisers.

Responding to the SRA’s consultation on changes to regulations on independent financial advisers (IFAs) following completion of the FSA’s retail distribution review (RDR), Mr Severn, who is also a former director-general of the Association of Independent Financial Advisers, questioned the SRA’s preference for simply requiring solicitors to involve clients in referrals rather than limit referrals to IFAs, which it claims is “in keeping with outcomes-focused regulation”.

He said the claim motivating the SRA – that implementation of the RDR would make it difficult for investment advisers to define themselves as ‘independent’ – was “industry propaganda”. Further, the SRA’s belief that FSA-regulated entities would in future have to improve clarity to clients of the status of their advice was “simply not correct” because the requirement had existed previously. The new RDR rules merely “provide continuity with… previous initiatives”, he said.

In relation to the scope of investments to be considered by independent advisers, the SRA has been “misled by those in the investment industry who are against the direction being taken by the FSA”, said Mr Severn. The list of products on which an independent adviser should advise has not changed substantially, which is the basis of the SRA’s recommendation.

He continued: “In my opinion the SRA has allowed itself to be hoodwinked by those who claim that rules would not accord with an outcome focused approach.” The SRA should not abandon the requirement for solicitors to refer clients only to independent investment firms “so that it can slavishly adhere to a general approach in its regulatory style”.

In its response to the consultation, the Law Society has also urged the SRA to maintain the prohibition on solicitors referring clients to tied financial advisers

Mr Severn reminded the SRA there was “a key client protection issue at stake” and that solicitors’ clients should be referred to advisers who “will give unbiased advice that is not contingent on making product sales and which gives access not only to a broad range of investment solutions but also to the best solution for the client, not one that is constrained by the fact that the investment firm deals with only a restricted range of investment products or a limited number of product providers”.

Mr Severn expressed surprise “as a former regulator” that the SRA had not attempted a cost-benefit analysis when opting for a solution that “could involve most cost for firms of solicitors combined with the greatest risk of dis-benefits not only to consumers but also to the firms of solicitors”. Clients could end up with “sub-optimal investment solutions” and “suffer a greater risk of mis-selling”, while solicitors risked corresponding “reputational damage” from delivering “an inferior service”.

Equally, the SRA’s preferred option would “involve a considerable amount of research on the part of a firm of solicitors in determining the precise nature of the limitations under which restricted advice firms operate, satisfying itself that these restrictions can be reconciled with the interests of clients, and explaining the nature of the limitations and their consequences to clients.”