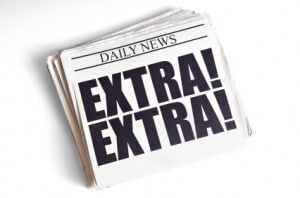 The Solicitors Regulation Authority (SRA) will be able to formally rebuke solicitors and fine them up to £2,000 from next month, it has been confirmed.

However, the potential conflict between the civil standard of proof that will be applied in such cases and the criminal standard used by the Solicitors Disciplinary Tribunal (SDT) – which will hear appeals against SRA decisions – has not yet been resolved and is likely to require further work.

The Legal Services Board (LSB) has approved the SRA’s new disciplinary rules, which will come into force on 1 June 2010. They will apply only to matters where the act or omission giving rise to the SRA finding occurs wholly after 1 June 2010. Both rebukes and fines, which can be ordered together, may be published by the SRA.

The new powers allow the SRA to take action against solicitors for lower-level misconduct which until now it had to refer to the SDT to ensure a financial penalty and/or a sanction in the public domain. Though in theory it should reduce the SDT’s workload – which has been steadily rising – this could be cancelled out by solicitors appealing SRA decisions.

However, the question of the standard of proof has dogged efforts to introduce the rules for 18 months, with the Law Society, SDT and former Master of the Rolls Lord Clarke all arguing that case law required that the criminal standard be used for solicitor disciplinary proceedings.

In its decision notice approving the rule change, the LSB said it was satisfied that the SRA had made out a clear and rational policy position, as it had found that the civil standard is used across other professions, including notably the General Medical Council, General Dental Council, General Social Care Council, Nursing and Midwifery Council, General Teaching Council, and Chartered Institute of Public Finance and Accountancy. It has also been adopted by another legal regulator, ILEX Professional Standards. The LSB said it had further received reassurance from the SRA that the rules are legal.

However, the risk of regulatory conflict remains and the LSB said the SRA has a statutory duty to ensure that any practical implementation issues which may arise should the SDT hear appeals under a different standard of proof are “sufficiently resolved”. It continued: “In particular, we would expect that there would not be detriment to the accused, for example by being required to incur the cost and delay of progressing an appeal hearing before the SDT if it were apparent in advance that the appeal would be upheld as the case had not originally been made to the higher standard of proof.”

This arguably sounds like the SRA would have to deal with cases on the criminal standard by default, but the LSB said it anticipates the SRA dealing with the potential conflict initially on a case-by-case basis. “We understand from the SDT that there are few hearings before it where the standard of proof plays a significant factor. In many disciplinary matters the facts are not contested and are decided on the documents. Therefore, we are content to approve the rules on the basis that the risk of potential conflict causing unfairness for the defendant is small.”

But it predicted that a case-by-case approach may not provide a “suitable long-term solution” to the problem. “We therefore expect the SRA to review the position, in discussion with the SDT, when there have been sufficient cases to generate data to build a picture of the impact in practice. We will ask the SRA and SDT to identify the optimal timing for such a review and ensure that its scope enables both bodies to identify and make any necessary changes to their procedures arising from its lessons.”