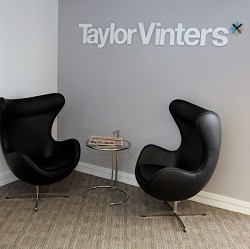 Well-known law firm Taylor Vinters has been fined by the Solicitors Regulation Authority (SRA) for failing to undertake proper money laundering checks on millions of pounds paid into its client account.

The top-150 practice said the account’s details were distributed without its knowledge,

It has reached a regulatory settlement agreement with the SRA to dispose of the investigation.

The agreement said that, from October 2014 onwards, Taylor Vinters acted in 161 matters for 88 clients, who were overseas nationals purchasing off-plan property plots in London.

The firm had assessed the money laundering risk as “high”, meaning it had to conduct enhanced customer due diligence and ongoing monitoring.

Taylor Vinters had what it described as its ‘quadruple lock’ process, which required a form of photo ID, confirmation of address, copy of the client’s bank statement (or other bank confirmation) and an online anti-money laundering check.

It would enquire as to the client’s source of wealth on an exception basis, when deemed appropriate.

In relation to these matters, an employee or manager of the firm only met half of the clients in person – for the rest, the firm received the money before any or all of the customer due diligence had been done.

The agreement said: “The firm did not know who had provided the clients with its bank details. Once the firm became aware, it informed clients not to send funds until the required customer due diligence had been completed.”

In all but two of the outstanding matters, the firm completed the due diligence retrospectively.

In the remaining two, for the same client, Taylor Vinters was unable to contact the client, “despite extensive attempts”, and the SRA granted permission for the £60,000 received to be paid to a charity.

The firm admitted failing to conduct: adequate customer due diligence before the receipt of funds into its client account; adequate ongoing monitoring, including source of funds checks; and adequate enhanced ongoing monitoring as required by the money laundering regulations.

The SRA acknowledged, in terms of mitigation, the firm’s claim that its client account details were given out without its knowledge, and also noted the processes put in place to mitigate the breaches, with retrospective customer due diligence conducted.

Further, “the misconduct has not been repeated since and the firm has assisted the SRA throughout the investigation. There is no reason to suspect that any dubious transactions, which bear the hallmarks of money laundering, have taken place either”.

The SRA said a fine was an appropriate sanction and considered that it should amount to 0.2% of Taylor Vinters’ £16m turnover, equating to £32,000.

This was then reduced by the maximum allowable 40% discount, to reflect the mitigating factors, which also included assisting the SRA with its investigation and early admissions. This led to a final figure of £19,200.

Taylor Vinters also agreed to pay the SRA costs of £5,800.