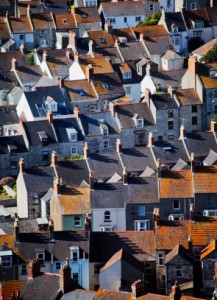 A small firm in Hertfordshire has become the latest law firm to be fined by the Solicitors Regulation Authority (SRA) for its involvement in a stamp duty land tax (SDLT) avoidance scheme.

As part of a recently published regulatory settlement agreement, Maddersons was fined £2,000 after charging the scheme’s promoter, Inventive Tax Strategies, a total of £21,500, or £500 plus VAT per transaction, for facilitating the scheme.

The firm also received referral fees of nearly £7,400 from Inventive in respect of 13 clients it referred on that utilised SDLT avoidance schemes.

Inventive billed conveyancing clients a total of £373,000 through the law firm between March 2011 and February 2013. Inventive went into administration in October 2013.

A report for the SRA found that Maddersons, based in Broxbourne, acted in 43 conveyancing transactions between March 2011 and February 2013 where clients had been party to a stamp duty avoidance scheme. The report calculated that this “initially resulted” in the “non-payment” of £693,000 to Her Majesty’s Revenue and Customs (HMRC).

Maddersons acted for lenders in 36 of the 43 transactions without advising them of the use of the avoidance schemes, the SRA said.

“HMRC had issued technical news letters in August 2007 and June 2010, which demonstrated that HMRC did not consider the schemes to be legitimate tax avoidance schemes.

“Anti-avoidance legislation was enacted with effect from December 2006, with HMRC’s aim to actively challenge property sale arrangements which had been artificially structured to avoid paying the correct amount of SDLT”.

The SRA said an “unlimited company strategy” was used in 30 of the conveyancing transactions featured in the report.

The regulator explained that a limited company was incorporated with the purchaser client subscribing for shares and the company’s specific purpose being to purchase the property.

“The company contracts with the seller to purchase the property and the funds generated by the share subscription are used by the company to facilitate the purchase.

“A repayment of the capital is made by way a transfer of the property to the shareholders of the company (the purchaser client) which is done simultaneously at the time of completion. The company is subsequently wound up once registration has taken place.”

In mitigation, the SRA said: “The firm has ceased undertaking any conveyancing transactions involving the use of SDLT avoidance schemes.

The regulator added that the firm said it “considered the issues at the time that it started each scheme” and when a warning notice was issued by the SRA, and “reached an honest opinion that lender clients’ interests were not affected and that there was no need to notify them”.