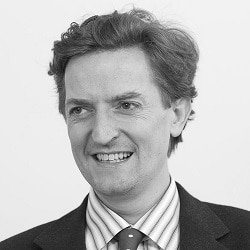 Sims: No abuse of process

The Solicitors Regulation Authority (SRA) has failed in its bid to sell two properties to recoup £354,000 of the costs of intervening in a solicitor’s practice.

The High Court ruled [1] that the solicitor, Ashoo Dua, and her husband Shashi did not have a realisable beneficial interest in the properties, which they held in a trust for the benefit of their children.

Mrs Dua qualified in 1990 and the SRA intervened in her West London practice in 2009, a decision she unsuccessfully challenged.

The costs of that intervention and the challenge led to judgment debts being established against Mrs Dua, including as to costs.

Those judgment debts were not satisfied, and between 2011 and 2013 the SRA obtained charging orders against Mrs Dua’s interest in certain properties registered in the couple’s joint names.

She had argued that the properties were held by her and Mr Dua pursuant to an express trust in favour of her children, but there were doubts about the authenticity of the trust deed – in the absence of the original – and Chief Master Marsh ruled that Mrs Dua had not discharged the burden of proof.

The current proceedings were issued in February 2019 against the couple, seeking an order for possession and sale of the properties.

By this time, there was proper evidence of the trust deed – and that its absence in 2013 had not been the couple’s fault – but arguing res judicata and abuse of process, the SRA contended that Mr Dua should not be allowed to rely on the same trust argument.

However, Mr Hugh Sims QC, sitting as a deputy High Court judge, rejected this. Though Mr Dua had been closely involved back in 2013, he had not been a party; for this and other reasons, he ruled it would not be an abuse for him to defend the proceedings on the basis that Mrs Dua did not have any beneficial interest, or none with any realisable value, because the properties were held by the trust.

He said: “The fact that in doing so he may benefit Mrs Dua, as a consequence, in circumstances where she might well be said to be subject to an abuse of process argument, is not in my judgment, a relevant, or sufficient, reason to conclude he should not be entitled to run the defence for his own benefit and reasons.”

The judge said it would also not be oppressive for the SRA to have to fend off the defence twice.

“They had it in their hands to avoid the oppression by joinder or binding Mr Dua into the earlier proceedings if they wished, but they did not.

“They also had it in their hands to make a strike out application at an earlier stage in proceedings, in advance of trial, but they did not.”

The SRA went on to argue that Mr and Mrs Dua were in such a position in relation to the trust that it was “indistinguishable to that of ownership”.

But Mr Sims rejected this too, deciding it was not open to him – or in any event went too far – to rule that the powers reserved to the Duas under the trust were tantamount to beneficial ownership.

As a result, “I find that Mr and Mrs Dua do not have any or any, realisable beneficial interest in the properties, or none which is of any substantial value”.

He concluded that, absent other enforcement measures, it was a matter for the trustees of the trust “to decide what provision should be made for Mrs Dua if the Law Society concludes its only other enforcement route is bankruptcy”.