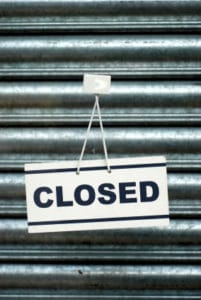 A bankruptcy judge has set aside statutory demands worth nearly £800,000 issued by the Solicitors Regulation Authority (SRA) against the founder of collapsed firm Blavo & Co, which were to cover the cost of shutting down what was the UK’s leading mental health practice.

John Blavo was the sole director of 18-office Blavo & Co, which the SRA closed in October 2015 [1] on the grounds of suspected dishonesty. It employed 200 staff and had contracts with 150 consultants.

The intervention into both the firm and his individual practice followed the withdrawal of the firm’s legal aid contracts, and soon after the company went into liquidation. The Legal Aid Agency also referred the firm to the Metropolitan Police.

The SRA used seven different firms of solicitors to undertake the intervention because of the number of offices. The Solicitors Act 1974 allows the regulator to recover its costs of intervention from those at the receiving end.

However, His Honour Judge Klein, sitting as a judge of the High Court in the Bankruptcy Court, ruled that a statutory demand under the 1986 Insolvency Act needed to be for a liquidated sum, and that the costs of intervention were unliquidated.

“That such a right exists is inconsistent with the proposition that, as a generality, the liability… is a pre-ascertained one.”

It followed, he concluded, that the statutory demands should be set aside.

“To my mind it is unreal to suppose that, even if Mr Blavo had no client practice, there existed no documents at all which, on an intervention into his practice, were required to be delivered up,” the judge ruled.

An SRA spokesman said: “We are still considering the judgment to see if we should appeal the decision on the statutory demand and the nature of the debt. However, we are pleased that the judge supported our view on the majority of points raised in the hearing. These issues are important parts of our regulatory powers, affecting our ability to protect the public and to recover the costs of action we need to take.

Last year, a High Court judge said there was a “strongly arguable case” [2] that Blavo & Co had made “many thousands” of false legal aid claims.