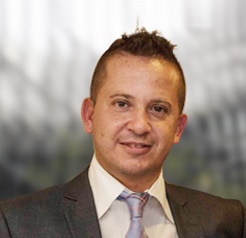 Giambrone: warned new arrivals to learn from his mistakes

An Italian lawyer has warned of a ‘timebomb’ of regulatory risk among foreign lawyers practising in England and Wales, and urged European law firms to ensure they understood what was required to comply with conduct rules.

Gabriel Giambrone, who was himself found in serious breach of the Solicitors Regulation Authority’s (SRA) Code of Conduct by the Solicitors Disciplinary Tribunal (SDT) a year ago, along with two colleagues, said he “held up his hands” over his firm’s non-compliance but was concerned at the ease with which foreign lawyers can practise in England and Wales, compared to English lawyers practising in Italy.

The SDT ordered that Mr Giambrone’s name be withdrawn from the SRA’s Register of Foreign Lawyers over accounting irregularities, and he was ordered to pay costs of £75,000. The tribunal described Giambrone Law’s accounts as a “shambles”. The firm is appealing aspects of the decision.

He said he was “humbled” by the decision, which related to events in 2006-2007, when he was aged about 31. “We have learned from our mistakes, we have put our hands up, we have paid a price for it, but now it is time to move on.”

The firm had put in place structures such as “new people in the accounts department” to reduce the chance of rule breaches and had invited an independent firm to audit its accounts, Mr Giambrone said.

But he claimed the “cultural differences” between continental Europe and England and Wales created significant regulatory risks. In Italy “we don’t have the idea that you have to account for every penny you receive, because we start from the point that if a client gives me a sum of money, I hold it on trust and I have a duty to preserve it. I am not an accountant and I’ve not been trained as an accountant.”

He continued: “How many Spanish, Ukrainian, Greek law firms are in London that could be bombs waiting to explode? I have learned my lesson, I have paid the price. But in a wider context, how can the SRA be satisfied that all the European law firms that come to England and Wales to practise are compliant?

He issued a warning to foreign firms considering coming to London: “Don’t make the mistakes that we have made.”

Mr Giambrone, who employs some 60 lawyers in five countries, and is set to open offices in Barcelona next month, and Berlin in May, said that firms from European countries wishing to practise in Italy must first do so in conjunction with an Italian firm for three years. A European competition challenge to the Italian rule was defeated.

He said his aim now was to create “a true European firm” whose work is not corporate and would, for instance, be suitable for “a German client who has an accident in Spain”. He said most of his firm’s clients were “high-net worth individuals, such as second generation families of Italians that have moved here to the UK”.

He admitted the “negative press” surrounding the SDT ruling had “definitely had a bad effect on our practice”, but by being “very honest and up front” with existing and new clients, “we have lost some, we won some”. But he was keen to move out from under the shadow of the judgment. “I’m not 70 years old. I’m only 37, I’ve got a life ahead of me and I love, love being a lawyer.”

Mr Giambrone’s comments echoed a warning made last February by the Law Society in its response to the SRA’s bureaucracy-slashing ‘red-tape challenge’, one prong of which was to change its rules to passport registered European lawyers (RELs) and registered foreign lawyers (RFLs) as suitable owners and managers of partnerships.

An SRA spokesman said: “The SRA’s approach has always been that the Establishment Directive is clear on what we are allowed and not allowed to require EU national lawyers to do in order to establish themselves and practise here, as well as to qualify as solicitors. A REL wishing to carry out reserved legal activities must comply with rule 2 of the SRA Practice Framework Rules and in doing so, would have to meet the standards imposed on a solicitor of England and Wales wishing to become a sole practitioner or manager, employee, member or interest holder of an SRA authorised body.

“Under the provisions of the Establishment Directive, the SRA can set out the terms on which a European lawyer who has practised UK law in the UK for three years (or in some cases less), may gain entry to the legal profession in England and Wales.

“Foreign lawyers qualified outside the EU may register with us as [RFLs], and in this case must comply with the requirements set out in rule 3 of the SRA Practice Framework Rules. This allows them to become a manager within an SRA-authorised firm. But, unless they qualify as a solicitor under the Qualified Lawyers Transfer Scheme they cannot carry out reserved legal activities. The Qualified Lawyer Transfer Scheme applies to RELs wanting to become a solicitor in England and Wales.”