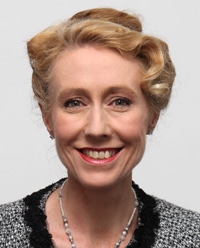 Barrass: focus on understanding risks at the beginning

The Solicitors Regulation Authority (SRA) is reviewing its approach to licensing alternative business structures (ABSs) one year on from the start of the regime, with a much speedier process for low-risk entities one of the likely outcomes, Legal Futures can reveal.

It has also reported increasing interest in multi-disciplinary practices.

The SRA has so far issued 85 licences, with a further 134 stage 2 applications in the system. Of these, 48 are complete and so now into the formal decision stage, with 86 incomplete and still subject to enquiries.

Legal Futures has recorded several complaints from licensees about the time it took to process their applications – especially where the only change was to bring in a non-lawyer partner – and SRA executive director Samantha Barrass said she hoped that the approval of such applications would be “much quicker” following the review.

The key to this, and to improving the process altogether, was to “strengthen the ability we have at the beginning of the application process to understand the risks in the application and put in place a process that reflects those risks”, she explained, rather than addressing them in a “linear way” as now.

The SRA published its risk framework late last year and Ms Barrass said this also enables applicants to form their own view on what the risks might well be and how they will mitigate them.

One element of the review is that by the end of March the SRA will have determined that every application “on the books is still there for a very good reason”, she said. Where there has been no action because something is awaited from the applicant, the SRA will give them a period of time to progress matters before treating it as withdrawn – although they will be able to reapply and expedite the process.

At the same time, the SRA has been unapologetic from the start about ultimately spending whatever time it considers necessary to make a decision on applications.

Ms Barrass said the SRA has brought together the ABS and recognised body teams into a single firm authorisation department so there is a more consistent approach to how all entities are authorised.

The recognised body team dealt with applications regarding mergers, new firms and the like, and Ms Barrass acknowledged that approval of changes where the risks have not changed have been “taking too long”.

Separately, the SRA’s most recent performance report said that the number of ABS applicants continues to grow, “which is encouraging for the long-term growth and competition within the legal services market”.

It continued: “The majority of applications involve firms which are already regulated, with only a minority being non-regulated or new start-up firms. The personal injury market remains a particularly popular area for investment.

“We are seeing interest in [ABS] status from other professional practices and look forward to being able to grant licenses in this area of the market.”