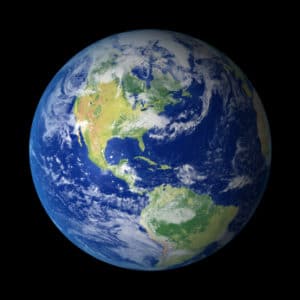 Foreign law firms could choose to be regulated by the Solicitors Regulation Authority (SRA) under proposals put forward yesterday.

An SRA green paper on its current direction of travel on regulating international practice also suggests introducing “group recognition”, a single “passport to practice” which that would mean firms would not have to register all of their overseas branches separately.

The SRA said the proposals “cut through at least some of the regulatory maze facing international firms, supporting them in the development of single global businesses”. They will have greater flexibility to operate in any form that is allowed in other countries and bring into their partnerships anyone who is recognised as a lawyer in their home country.

The consultation said that in future it might regulate outside of England and Wales all practising solicitors, firms “headquartered” or with “a substantial centre of gravity in England and Wales”, and all bodies that are part of an economic entity or group for business and management purposes – excluding outsourcing structures, best friend or association arrangements.

In addition, it may seek to regulate firms that are English and Welsh law firm partnerships but part of a larger Verein structure – where it would be expected to designate the SRA as the lead/home regulator of the English and Welsh part of the Verein.

be able to have the SRA as its lead/home regulator worldwide.

The green paper said: “This option would only be likely to apply where solicitor managers and/or reserved work were relatively widespread throughout the firm, or where the firm wished part of its partnership to be led from England and Wales. This would undoubtedly be the exception rather than the rule.”

Also on the list are alternative business structures (ABSs), but they must have an operation in England and Wales which is licensed to provide services in at least one reserved area and must contain at least one solicitor. This could prove a problem for those who are looking at ABS as a mechanism to build international practices but not really focused on England and Wales.

Anglo-Scottish multi-national partnerships would be able to choose, “as many already do in practice”, to have either the Law Society of Scotland or the SRA as their lead/home regulator.

The consultation throws up some interesting potential situations. For example, German firm Noerr has its entire worldwide partnership registered as a UK LLP so could in theory be subject to SRA regulation if this was deemed to be its “substantial centre of gravity”.

For law firms which have the SRA as their lead/home regulator, all parts of their groups would be subject to the core principles of the Handbook – but not the outcomes and indicative behaviours – and they would be expected to ensure that all owners and managers are fit and proper people.

Individuals seeking recognition as a foreign lawyer partner of an SRA-regulated practice would need to pass a suitability test.

SRA chief executive Antony Townsend said: “Our proposals will help support the further development England and Wales as a hub for global legal services. Foreign law firms with offices in England and Wales – mostly large US ones – would find their regulatory burdens reduced where they have branch offices or partners in other countries that are linked by a corporate structure to their headquarters in this jurisdiction.”

The consultation closes on 15 February 2012.