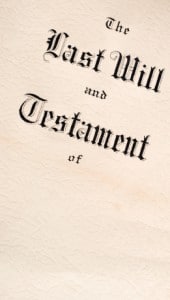 The Solicitors Regulation Authority (SRA) has removed reference to the Law Society’s controversial practice note on Shariah succession rules from its recent guidance on will drafting, it has emerged.

The guidance was issued in May [2], and an SRA spokesman said the regulator had acted “in response to concerns that had been raised”. Critics had seen it as an endorsement of the practice note.

The practice note on Shariah succession rules [3], when published in March, led to newspaper accusations that it was effectively enshrining Islamic law in the British legal system by recognising the legitimacy of some Shariah principles.

At the time the society described the attacks as inaccurate and ill-informed, saying it had responded to requests from members for guidance on how to help clients asking for wills that distribute their assets in accordance with Sharia practice.

Then president Nick Fluck said: “Our practice note focuses on how to do that, where it is allowed under English law… The issue is no more complicated than that.”

Following reference to the practice note in its guidance, the SRA came under fire from the National Secular Society and the Lawyers Secular Society. Solicitors acting on behalf of Southall Black Sisters and One Law for All then threatened legal action on gender equality grounds on the basis that the SRA is a public authority for the purposes of the Equality Act 2010 and is fully bound by the public sector equality duty.

The Lawyers Secular Society said yesterday that a letter from the SRA confirming its move noted that references to Law Society practice notes “are regularly attached to our guidance and are not an endorsement of the contents”.

The letter continued: “However, given the concerns that have been raised in relation to the inclusion of the reference to the practice note, the reference has now been removed.”

Charlie Klendjian, secretary of the Lawyers Secular Society, welcomed the SRA’s move, adding that it remained his society’s view that the SRA’s original reference did constitute an endorsement.

He added: “Regardless of the SRA’s view on whether the reference breached the Equality Act 2010, the letter sends a strong message to public authorities that they should not be endorsing, or being seen to endorse, Shariah law. The written confirmation of withdrawal sends a powerful and reassuring message to the legal profession and the public at large.

“The SRA has been careful not to make life uncomfortable for its colleagues at the Law Society, but the reality is that the SRA’s withdrawal of its endorsement increases quite considerably the pressure on the Law Society, and its isolation.

“The LSS can assure all those who are concerned about this practice note that it will continue to press vigorously for its removal by the Law Society.”

Keith Porteous Wood, executive director of the National Secular Society, said: “The removal should provoke some deep thought by the Law Society, whose guidance appears to have been issued without any thought for the equality implications, or indeed whether the society should be issuing what is essentially religious guidance.”

A Law Society spokesman said: “The SRA has made no comment about the content of our practice note. We have no plans to withdraw the guidance.”