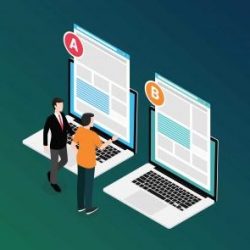 The Solicitors Regulation Authority (SRA) has written to 8,000 law firms to demand a declaration that their websites are compliant with the transparency rules and display its clickable logo.

In a separate move in the transparency agenda, the Legal Services Board (LSB) has confirmed it is to pursue a voluntary approach to encouraging greater use of review and comparison websites, but will consider stronger measures if this fails.

The SRA Transparency Rules came into effect in December 2018, requiring those offering certain consumer and business law services to publish details of prices and service standards.

The requirement to display the SRA’s logo, also known as the digital badge, came into effect in November 2019.

In January the SRA started publishing details of sanctions it had imposed on firms it had found non-compliant with the rules.

They have continued to trickle out. Just last week, the SRA revealed that it had rebuked Manchester firm AMT Solicitors for non-compliance and made compliance a condition of Essex firm Tilbrook’s Solicitors’ authorisation.

Having already sought declarations from 2,000 firms, the letter sent to firms yesterday says each firm’s compliance officer for legal practice has to declare by 27 August whether they have a compliant website.

Firms without websites must still complete the declaration to record this.

The next stage of the transparency agenda is developing indicators that consumers can use to judge the quality of a legal services provider, and comparison and review websites – known as digital comparison tools (DCTs) – are seen as a key part this.

The LSB issued a discussion paper on quality indicators in February and in a recently published response paper said a forthcoming draft statement of policy will set out its expectation that regulators will use of “a variety of levers” to effect change.

But should voluntary approaches not achieve “sufficient and fast enough progress, this should include regulatory requirements on providers”. The notion of forcing lawyers to engage with DCTs promises to be controversial.

The LSB said it was clear from “general social and economic trends” that consumer feedback would play an increasing role in consumers’ decision-making, and the evidence from DCTs was that “this is already the case” in legal services”.

“We consider that it is important to seek to shape this development in the legal services sector positively, rather than remain passive in the face of progress.”

The LSB said there were benefits in regulators “taking steps to improve confidence” in DCTs, with the aim of increasing use.

This could take the form of a voluntary accreditation scheme – it could not be compulsory as the legal regulators do not oversee DCTs – with a code of conduct, backed by public legal education aimed at consumers.

The LSB went on: “It would be sensible for any such scheme to be formed jointly by regulators in order to ensure consistent expectations for DCTs and review websites, and minimise consumer confusion.

“We would also support the development of guidance for consumers to encourage them to provide and engage with feedback effectively.”

A separate report published by the LSB this year found consumers enthusiastic about the creation of a single digital register of legal services providers.

The LSB response paper said it would work in collaboration with the regulatory bodies on the register through a new oversight group which it would chair. The single register would not be a replacement for DCTs, however.

“It is clear that there is further work to do in developing the scope and function of a register, and there remains a wide range of possibilities as to what it would look like in practice.”

There was a need to ensure “a consistent level of core information about legal services providers available across the market”, including basic details such as contact information and regulatory status, and some specific information such as disciplinary data.

The LSB said such information “should be standardised across regulatory bodies and available on an open-data basis, so that it can be used by third-party platforms offering consumer-facing solutions”.

It described the coverage and accuracy of existing data held on the regulators’ registers as “patchy and preventing development of further consumer-facing solutions”.

The “vast majority” of respondents to its discussion paper supported the LSB’s work and recognised the need for greater market transparency, though they generally favoured a “more market-led approach”.

The oversight regulator added that it recognised concerns raised by respondents about using the success rates of lawyers, but good outcomes were “generally foremost in consumers’ minds” and success rates could be appropriate in “limited circumstances”, where they were “carefully justified”.