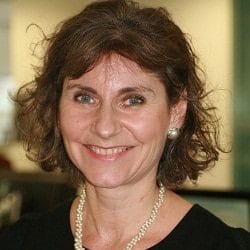 The Solicitors Regulation Authority (SRA) is considering whether to abandon the skills element of the first stage of the Solicitors Qualifying Exam (SQE), meaning it would consist entirely of multiple-choice questions.

It has also emerged that SQE 1 and SQE 2, due to be introduced in autumn 2021, will not be subject to a fixed pass mark and the mark will change depending on the difficulty of the questions.

The SQE is a new, single assessment for qualifying solicitors and is due to be introduced in autumn 2021, in two parts. Would-be solicitors will also need to have two years of qualifying work experience, but this need not be in the form of the current training contract.

SQE 1 aims to test students on substantive and procedural law, covering core subjects currently taught on law degree courses and the legal practice course (LPC), along with the application of fundamental legal principles, and legal research and writing skills.

Speaking to journalists yesterday about the results of the pilot of SQE 1, Julie Brannan, the SRA’s director of education and training, said testing the legal knowledge component had gone “really well” but the skills tests “did not work”.

A total of 318 volunteers sat the SQE 1 pilot exams at 44 test centres in the UK and two more in Singapore and France. Kaplan, the assessment provider, said 40% of students were from BAME backgrounds, a similar proportion to the LPC.

Ms Brannan said the original version of SQE 1 was made up purely of multiple choice knowledge questions, but “feedback from the profession” in a consultation showed they valued basic writing and research skills, which in this section of SQE 1 are tested at the level of an unqualified member of staff.

However, when it came to the pilot, Ms Brannan said this standard was unclear, making it difficult to assess whether a candidate should pass or fail.

Kaplan has recommended dropping the skills test from SQE 1, but the SRA’s SQE reference group still feels there is a need for a preliminary assessment of writing and research skills in SQE 1.

Ms Brannan said the SRA would decide on this over the next year, after exploring whether there are any other suitable ways to assess skills in SQE 1.

This will also be informed by a pilot of SQE 2, which will open for applications next month and take place in December.

The SRA board will consider the findings from the SQE 2 pilot and make a final decision on go-live for the SQE in summer 2020.

Eileen Fry, director of SQE at Kaplan, described multiple-choice questions as “very much maligned”, and said they could cover a wide range of knowledge.

“They are much less open to allegations of bias than other forms of testing and very good as part of a professional licensing exam.”

She said marks on the legal knowledge pilot ranged from 17% to 85%, with an average of around 50%, suggesting there had been no ‘dumbing down’.

The results showed that having a graduate diploma in law or law degree from a Russell Group university was the most important factor in how a candidate performed in the SQE 1 pilot.

Students from BAME backgrounds did slightly worse on the legal knowledge section of the exam and much worse on the skills section.

Ms Fry said there was also a link, though not such a strong one, between those who did badly on the skills papers and the 16% of candidates who did not have English as a first language.

Ms Brannan said it was not clear why the narrow gap in performance between white and BAME students on multiple-choice questions widened so much on the skills tests, but it was important to avoid “barriers which disproportionately affect certain groups and cannot be justified”.

Ms Fry said no pass marks were set for the pilot exams, but the pass mark for the legal knowledge test would probably have been set at over 50%.

Although there would be no fixed pass marks for the SQE, Kaplan will be able to publish sample exam questions and possible pass marks to give students an idea of the difficulty involved.

The SRA and Kaplan have decided that there will be two multiple choice papers with 180 questions each to test legal knowledge, instead of three with 120 as in the pilot.

Ms Brannan said this would enable decisions to be made “with greater precision” on whether to pass or fail candidates.

Candidates who took part in the pilot received a transcript with detailed results including a comparative result, which they could show to any future employer. They were also paid £300, while those whose results ranked in the top 10% received an additional £200.