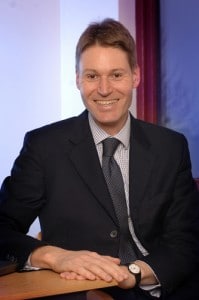 The Solicitors Regulation Authority (SRA) has brought in the Insolvency Practitioners Association (IPA) to handle complaints against solicitor insolvency practitioners.

It follows of the way the SRA deals with insolvency related complaints.

The IPA and SRA are two of seven professional bodies that can authorise their members to act as insolvency practitioners. The IPA is the only one specialising in insolvency and it described the move as “a significant step in furthering the drive for consistency in the handling of complaints across the insolvency profession”.

IPA president Edward Bible, himself a solicitor and head of insolvency at Brethertons, said: “We welcome this move. It helps the SRA meet the requirements placed upon it as an insolvency regulator, whilst utilising the experience and specialist skills within the IPA team to best effect in the interests of the profession as a whole.

“At a time when we are working to increase public confidence in the processes for dealing with complaints against IPs, this can only help; it provides economies of scale, reduces the number of different bodies handling these complaints, and as a solicitor and president of the IPA this year I am particularly pleased to be able to announce this new arrangement.”

IPA chief executive David Kerr added: “Solicitors are an integral part of the insolvency profession, and our relationship with the SRA has grown over the last three years. I am delighted that we have been able to take that to a new level in an area of regulatory activity that is very much in the spotlight at the moment.

“It not only works well for the bodies directly concerned, but it represents an important illustration of the ability of regulators to operate in unison where appropriate in the public interest.”

In its annual review of regulation, published in May, the Insolvency Service said the SRA was not handling complaints in accordance with the principles underpinning regulation that had been agreed with the government.

Further, the SRA’s move to outcomes-focused regulation “is not compatible” with the IS’s drive for greater consistency in complaint-handling and sanctions across the seven professional bodies. This is because the SRA will not investigate all complaints received, but will use the information received to form a risk profile for firms, it said.