SRA calls in race relations expert to review its decisions 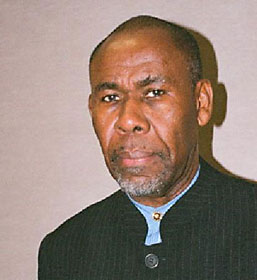 John: SRA has taken another important step towards being transparent

The Solicitors Regulation Authority (SRA) has brought in an equality and race relations expert to look at whether there is any racial bias in the decisions it makes.

There have also been a string of accusations of institutional racism by the Society of Black Lawyers.

The review by Professor Gus John forms part of the SRA’s response to these issues. He has been commissioned to carry out an independent comparative case review to determine if there is any disparity in the SRA’s regulatory decision-making between BME and white solicitors.

He has carried out a similar exercise for the Crown Prosecution Service, and already chairs the equality, diversity and social mobility advisory group for the Legal Education and Training Review. In the past he was external evaluator for the Law Society of its performance in promoting equality and human rights.

Professor John said: “The review will draw on a number of random cases and the evidence gathered should help the organisation respond to the recent allegation from the Society of Black Lawyers that it treats BME solicitors more harshly than their white counterparts.

“Although I cannot at this stage presume what the case audit will reveal, whatever the outcome, it shows the SRA is responsive to the concerns of practitioner groups and has taken another important step towards being transparent.”

He said the audit’s focus will be around the quality of decision-making, building on the case review previously carried out by Lord Ouseley which focused on whether there were clear processes in place for fair decision-making and whether these were being applied objectively and proportionately.

Professor John added: “BME solicitors form a significant part of the legal profession and it is essential that a regulator such as the SRA has the confidence of all its stakeholder groups and is willing to listen and address any concerns so that it can review its processes and improve them if necessary.”

The terms of reference, once agreed, will be considered by the SRA’s equality and diversity external implementation group (EIG). It is expected that the review will be completed by late autumn.

Speaking recently when the SRA outlined its intention to conduct the review, Peter Herbert, chairman of the Society of Black Lawyers, said: “Whilst we welcome this second review as a positive response to the deep concerns that the SBL has raised, the terms of reference for such a review must be agreed with members of the [EIG].

“No limitations should be placed on the case files to be examined and those members of the profession who feel that they have been treated unfairly by the SRA should be allowed to submit their case for review.”

The review forms part of a series of measures to address the disproportionality issue, which also includes events targeting small firms and a support mechanism for those facing regulatory sanctions.

The SRA has in recent years undertaken a range of initiatives to counter allegations of racism, including developing a new decision-making framework, compulsory training and auditing, but disproportionality has continued.

Various solicitors who have faced regulatory sanctions in recent months have tried to start judicial review proceedings against the SRA for alleged bias, but to date none is known to have got off the ground.