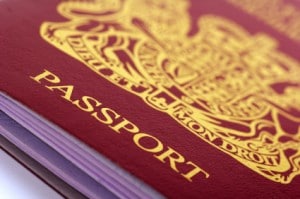 Immigration: SRA and BSB need to be more targeted

The Solicitors Regulation Authority (SRA) and Bar Standards Board (BSB) have been warned to improve the way they regulate immigration practitioners or risk enforcement action by the Legal Services Board (LSB) – including the ultimate sanction of losing their ability to regulate the area at all.

Presenting its conclusions following a consultation on the regulation of immigration advice and services, the LSB also rejected bids by both the SRA and the Office of the Immigration Services Commissioner (OISC) to take over the role of the other.

Immigration is unique as a legal activity that can only be provided by regulated individuals but is not reserved. The LSB described the separate but overlapping regulatory architecture governing those regulated by OISC and by three of the legal regulators – the SRA, BSB and ILEX Professional Standards (IPS) – as a “sub-optimal regulatory environment because of its inconsistency”.

However, the fact that it is already a criminal offence to provide immigration services without authorisation from one of these four bodies means it would not be proportionate to start an investigation into making the work reserved, especially as the wider project to look at whether ‘general legal advice’ should become reserved would catch immigration.

But while the LSB commended IPS for its efforts to target its approach to how it regulates those chartered legal executives who conduct immigration work, it criticised the SRA and BSB for failing to do the same.

It said: “Of key concern is the fact that neither response [from the SRA and BSB] seems to recognise the necessity to take a more targeted approach to regulation in general and immigration advice and services specifically. Both consider that the requirements of their codes of conduct ensure sufficient protection of all consumers, including those of immigration advice and services.”

The LSB further warned the BSB that it does not have sufficient information about which barristers provide immigration advice and services and to whom. “It is particularly important that this gap is filled before any expansion of public access.”

It told the regulators to take “immediate action to mitigate the risks to consumers in the provision of immigration advice and services” and will monitor their progress over the next 12 months. “Failure to take action may lead to formal enforcement action by the LSB… The ultimate sanction is the removal of qualifying regulator status by the Secretary of State.”

The LSB also called for OISC to come within the jurisdiction of the Legal Ombudsman, and said that for OISC to take over regulation of immigration lawyers would not resolve the current inconsistencies in consumer protection; it would also lead to dual regulation of lawyers.

Instead it encouraged OISC to become a regulator under the oversight of the LSB, which “would equip it with many of the powers that it considers it lacks”.