SRA board to shrink to just nine members 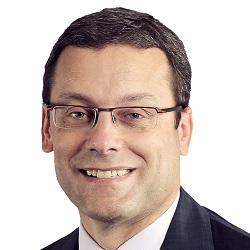 Decisions on the regulation of solicitors will be made by just nine people from next year, the smallest the board of the Solicitors Regulation Authority (SRA) has ever been.

Three solicitor members and one lay member are due to leave their posts in the next year and the regulator has decided to replace them with only two solicitor members, recruitment for which has begun.

Solicitor members Geoff Nicholas, a partner at City giant Freshfields, and Barry Matthews – a City solicitor turned in-house lawyer – are leaving at the end of 2021 after six years on the board, with lay member Peter Higson stepping down in January.

Solicitor member Tony Williams’ term is due to expire at the end of August 2022; a one-time managing partner of Clifford Chance, he is a leading law firm consultant.

Until this year, all of the five solicitor members of the board had City backgrounds. There are currently four women on the 11-strong board, and two members from ethnic minorities.

The board has been gradually reducing in size – it was 17-strong a decade ago. Since 2013 it has had a lay majority.

Anna Bradley, chair of the SRA board, said: “Governance experts recommend that a board of eight to 10 is the right size for robust and inclusive discussion.

“We have been moving in this direction for some time, but there was work to do to change some of our other governance arrangements. We are now ready to take this final step.”

In recruiting the two new solicitor members – one to start in January, the other next September – the SRA said it was “particularly interested” in people with experience in at least one of senior management in a City or other major law firm, providing legal services in Wales, and providing legal services through “less traditional business models”, such as an alternative business structure or digital services provider.

For more on the roles, see here. The successful candidates will be paid £12,500 a year for a minimum commitment of 20 days. The initial term will be for two or three years.

The Law Society council, which has delegated its regulatory responsibilities to the SRA board and is a purely representative body as a result, has 100 members.