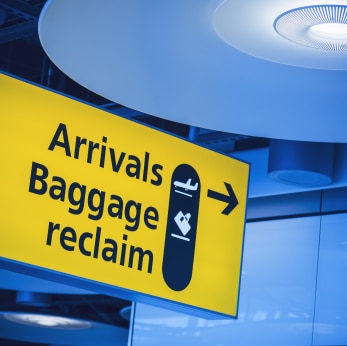 Asylum: some firms going above and beyond

The Solicitors Regulation Authority (SRA) has painted a “generally positive” picture of law firms specialising in asylum work, but uncovered serious weaknesses on referrals, fees and the handling of judicial reviews.

In a major report on asylum work by the 52 firms with the biggest turnover in the area, the SRA cited many examples of good work by asylum firms, including “taking extra time to speak to vulnerable and traumatised clients”, good understanding of the clients’ culture and supporting clients faced by refusals and delays outside the firm’s control.

However, the SRA found that 31% of the firms had been told by courts in the past 12 months that their judicial review claims were ‘totally without merit’ (TWM).

The regulator said law firm managers “had their own views” on why TMW decisions were increasing.

“They were largely critical of the Home Office and the immigration judges. The subject of TWM decisions was an emotive topic for those we interviewed and some were concerned that the Home Office was trying to limit their ability to challenge decisions.

“While recognising the fundamental importance of access to justice, it is also necessary to consider whether further action is in the interest of the client and in line with the need to uphold the proper administration of justice.”

The regulator said some firms failed to provide evidence of ‘exceptional circumstances’ in support of their applications, pleaded grounds in a “generic and vague” manner, and in one case used poor English.

“Some firms were submitting applications on behalf of a number of clients, based on the same facts, with almost identical wording. Although there is nothing wrong with using a document as a precedent, firms should take care to avoid cutting and pasting information as this had led to factual errors.”

The regulator said data from the courts and tribunals service showed that the total number of TWM decisions made against all immigration firms had almost doubled in a year.

On referrals, the SRA said concerns about arrangements or “inappropriate sources of clients” were found at three firms.

Examples of poor behaviour included accepting referrals from an interpreter who was then automatically allocated the case, failing to put clients’ interests above that of third party introducers and using “informal and unclear” referral arrangements with inadequate monitoring.

On fees, the report found that these varied widely, with most between £1,000 and £1,500 until the substantive decision.

Poor behaviour included failing to keep clients informed “as to their current levels of costs and future liability” and “failing to record time accurately or at all”.

Paul Philip, chief executive of the SRA, commented: “Asylum seekers can be some of the most vulnerable of clients… We found that generally solicitors are meeting the expected standards. It was also encouraging to see many examples of firms going above and beyond to meet their client’s needs.

“Yet there are still areas where things could be better. We hope our report and [new] guidance will help firms address those concerns and improve. We will take robust action where necessary and will be monitoring overall progress closely.”

In papers for this month’s board meeting, the SRA said that, as a result of the report, “in a limited number of cases immediate steps were taken to tackle regulatory concerns”, including a formal investigation where there was evidence of “potential overcharging and poor case preparation”.

The report was preceded by an external study for the regulator and for the Legal Ombudsman, published in January this year, which found that almost half of asylum seekers were not satisfied with the service provided by their lawyers.