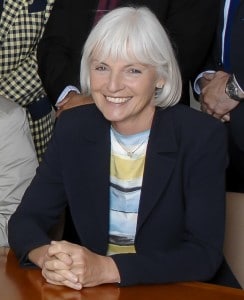 The Solicitors Regulation Authority (SRA) yesterday launched a massive public opinion poll to help it determine the correct baseline of solicitors’ behaviour on which it should base regulatory decisions.

Called A Question of Trust, the benchmarking campaign consists of a formal consultation which ends on 31 January 2016, online surveys of the public, and of 10,000 solicitors who were invited to give their views in June, and 28 events across England and Wales, each of which will hold votes among participants.

Describing the aims, the SRA said it was “to give everyone a chance to have their say about action taken against those solicitors who fall short of the expected standards”.

It hopes “to identify where there is common ground between the profession and the public, identifying what are considered minor issues, and what are not”.

Feedback “will form part of the development of a future SRA reference framework” that will “support decision making and transparency”.

A key aim of the consultation is to question what the SRA considers serious in relation to solicitors’ conduct.

The regulator revealed it receives about 1,000 reports each month of concerns about solicitors or staff working in SRA-regulated firms. It currently assesses seriousness on the basis of “factors such as the number of people affected, whether it was a ‘one off’ or part of a pattern, and the nature of the departure from our standards”.

It continued: “Our research shows that there are widely differing views on what is serious and what should be done in response to any particular issue…

“For example, for some people, things that happen in a solicitor’s private life are not relevant to their role as a lawyer. Conversely, others think that bad behaviour outside the workplace undermines public confidence in the profession.”

The new reference framework that will result from the opinion-gathering exercise would “ensure our staff have a shared understanding of what we see as serious breaches of our standards. We will use it to decide on the relative seriousness of a concern, and the appropriate outcome…

“It will take into account factors such as the conduct of an individual, the intention behind their actions and any harm caused. It will set out a clear view on regulated individuals’ behaviour and the action we are likely to take in different circumstances.”

The consultation seeks views on the relevance of such issues as intent, which separates acts resulting from a simple mistake from those resulting from ignorance or ‘recklessness’, and whether they are one-off or repeated.

Other questions include whether a solicitor’s private life should be included when considering complaints, and how the seriousness of different types of ‘harm’ to clients – and any resultant losses – should be evaluated.

A draft framework is annexed to the consultation, covering expected standards and a scale of breaches of these standards, ranging from level 1 where no action might result, to level 6, where the example outcome is is strike off.

Paul Philip, the SRA’s chief executive, said: “We regulate in the public interest, so it’s important that we ask the public what really matters to them when using a solicitor and what should happen when things go wrong. We want people to have their say on issues that we tackle every day.

“Their views will feed into our regulatory model and help us to deliver consistent decisions that meet the expectations of both the public and the profession.”

Introducing the consultation, SRA chair Enid Rowlands said: “As the legal market develops and grows, the public protection offered by the fundamentals, the standards that are at the heart of everything professionals do, have never been so important…

“Trust is, as they say, hard won and easily lost. But how easily? And what should happen when professionals fall short of the standards we set? This consultation asks these difficult questions.”