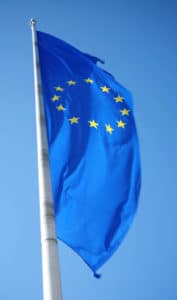 A recently suspended solicitor has been allowed to work for a law firm as an unadmitted member of staff under very strict conditions, the Solicitors Regulation Authority (SRA) announced yesterday.

Mr H was suspended for a year after allowing his wife to make improper transfers from his firm’s client account. His wife entered into a regulatory settlement agreement with the SRA.

However, he is now going to work for London firm FH after the SRA granted permission to employ him, under section 41 of the Solicitors Act 1974.

The conditions are that he has to be directly supervised by firm founder – and that he does not supervise any members of staff – that his work is limited to that outlined by him to the SRA, and that Mr H does not hold, receive or have access to client money, or act as a signatory to any client or office account, or have the power to authorise electronic transfers from any client or office account.

Further, Mr H is not to hold himself out as a solicitor, and his status as a non-solicitor must be made clear to clients, while his name will not appear on the firm’s headed notepaper, website, publicity material or external name plate.

Meanwhile, a solicitor who acted for disgraced former MEP Ashley Mote – convicted last year of fiddling his expenses – has been referred to the Solicitors Disciplinary Tribunal.

These are that he:

In July 2015, Mr Mote was convicted of fraudulently claiming more than £400,000 in expenses while a UKIP MEP. He was found guilty on 10 counts and sentenced to five years in total, a figure Mr Justice Stuart-Smith said he reduced from a longer sentence because of Mr Mote’s age – at the time he was 79. Two of the counts related to payments made for legal expenses.

Mr Hayes has not yet responded to a request for comment.

We anonymised the details of Mr H in July 2021 given the passage of time and the fact that he now has a full practising certificate with no conditions.