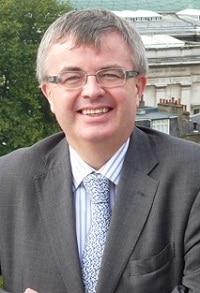 Kenny: “general absence of data” in all the submissions

The Legal Services Board (LSB) has extended the time it has given itself to decide on the proposed cut in the minimum indemnity cover limit for law firms from 10 October this year to 17 August 2015.

The SRA responded by announcing that the change “will not now come into effect before October 2014”.

The LSB’s decision came in a warning notice issued to the Law Society, informing the society that it was “considering whether to refuse in part” plans by the Solicitors Regulation Authority (SRA) to cut the limit from £2m to £500,000.

The main reason given by the LSB in the notice, served under the Legal Services Act, was that the move “could be prejudicial to the regulatory objective of protecting and promoting the interests of consumers”.

Mr Kenny welcomed the SRA’s decision earlier this month to announce a call for evidence on its indemnity reforms.

“The LSB considers that the SRA is right to examine all the options, rather than operating on the assumption that the current position is necessarily the right basis from which only incremental change may be needed.

“It should not be taken as read that the current arrangements are underpinned by a very strong evidence base, as opposed to simply being the result of custom and practice.

“In that respect we note the general absence of data in the submissions made to the LSB by other stakeholders, as well as in the application itself.”

Mr Kenny added that there was “limited evidence” that costs savings would be achieved and the potential impact on the Compensation Fund had not been fully explored.

He said that the LSB needed further evidence by 5 September this year, to determine the application by the end of that month.

Charles Plant, chairman of the SRA, said the regulator was “obviously disappointed” that the LSB had issued the warning notice.

“The immediate impact is that the changes we have proposed in relation to reductions in mandatory cover cannot now take effect in October this year,” he said.

“In principle, I think this is the wrong decision and we remain convinced of the case for changing the arrangements for professional indemnity insurance, in order to deliver benefits for solicitors and consumers alike. We will, therefore, continue to develop our proposals on this issue.”