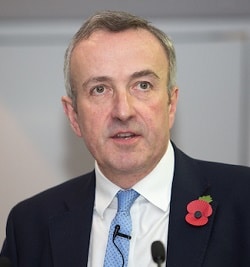 The solicitors qualifying examination (SQE) is likely to be of similar difficulty to the test American lawyers have to pass to qualify, but may actually seem harder to those taking it, according to the body that develops licensing tests for bar admission in the US.

Earlier this week, the Solicitors Regulation Authority (SRA) set out its blueprint to revolutionise legal training and would-be solicitors will need to pass the centrally assessed SQE as part of the qualification process.

In its bid to reassure the profession about the standard of the SQE, the regulator shared its plans with the National Conference of Bar Examiners (NCBE) and has published the US organisation’s response

The NCBE said the SQE appeared similarly designed to US bar exams and its analysis suggested that the exams were of “similar difficulty” – although this could not be judged definitively until the SQE is actually tested.

Despite this evident similarity, the NCBE continued that the SQE may well be “perceived by examinees as being more difficult”.

It gave two reasons: “First, the SQE is more complex than the bar exam in terms of the number of type of components. Having to demonstrate skills through interviewing and oral communication is likely to be seen by some as a more demanding form of examination than a multiple choice or essay-type examination.

“Second, the proposed examination will likely have a higher failure rate than that of the bar exam. This is because the bar exam uses a compensatory model where scores from the components are summed to arrive at an overall score which determines passing.

“The proposed SQE uses a non-compensatory model where each component must be individually passed.”

This perception would, however, “probably be somewhat counter-balanced” by the fact that SQE examinees who fail a component will need only repeat that component, while those who fail the bar exam have to retake the entire test, and have to wait longer than SQE retakers will.

“But, even failing a component and quickly repeating it and passing may make examinees think the examination is more difficult than they would if receiving a single marginally passing score on the total examination.”

The SRA’s plans have attracted a very mixed response from the profession and training providers.

The Law Society said it strongly supported centralised assessment, but insisted the new system must be realistic regarding work experience.

President Robert Bourns said the society would judge the reforms on “the impact on accessibility and standards”, adding: “The adequacy of the qualifying legal work experience must also be a key focus. The two-year period of work experience must be at an appropriate standard and sufficiently relevant to what the market requires.

“If the new system is to broaden access, it will be important to ensure that high-quality guidance is available, and that it reaches the broadest possible community of firms and individuals. Having funding support in place will also be key to ensuring it is talent and work ethic, not background, that defines your success.”

The society has asked the SRA to ensure that the final SQE proposals meet government funding criteria, he said.

Bryan Scant, chair of the Law Society Junior Lawyers Division, argued that the SQE was unlikely to improve social mobility in the profession.

He said: “The SRA has still not clarified the full cost of SQE and we are concerned that, given the proposed entry requirements, it is likely to be at least as high as the current arrangements, if not higher.”

Caroline Pearce, chair of the City of London Law Society’s training committee, said: “Whilst in principle, a centralised set of examinations is a sensible approach, we still have reservations about standards, the methods of examination and whether the narrower syllabus will produce solicitors who are properly trained in the law that they need to be able to practice effectively in today’s world.”

Professor Andrea Nollent, Vice Chancellor and chief executive at the University of Law, described the reforms as “a unique opportunity for innovation and improvement to legal training”.

However, she said there were still important details outstanding: “In particular, we look forward to the SRA providing more specifics of the SQE syllabus and assessment methods. These will be fundamental to developing new courses that fit the needs of employers and students, and we encourage the SRA to give more information as soon as possible.”

Kevin Griffiths, the university’s director of business development and planning, added: “It is good news for both employers and students that the start date for the SQE has been put back to 2020 at the earliest, as this is much less disruptive to recruitment cycles and gives time to plan.”

Helen Hudson, head of legal development at Nottingham Law School, said the SRA had pressed ahead “despite widespread opposition from stakeholders, including practitioners and legal education providers”.

She said: “We remain concerned about the impact this will have on equality and diversity. The SRA has produced no evidence that the SQE will reduce the cost of qualification for students and no indication of how much students will have to pay to sit the SQE.”

Professor Peter Crisp, dean and chief executive of BPP University Law School said apprenticeships could now become one of the major ways in which people qualify as a solicitor, “and the onus will be on training providers to ensure that any SQE study programme will be every bit as rigorous as that undertaken by entrants to the profession who have followed other routes to qualification”.

He continued: “The new routes to qualification, combined with the introduction of the apprentice levy, will present many firms with a timely opportunity to radically change the way their business is resourced.

“The profession now has a tremendous chance to tackle some of the issues they have had around retention and diversity. I’m very enthusiastic about apprenticeships and quietly optimistic. I don’t think it will be the only way firms will recruit their entry-level staff in the future but solicitor apprenticeships will be an important element in the talent mix.

“There will also be an exciting opportunity for smaller firms that historically have not paid for LPC training to recruit graduate talent at a much earlier stage than under the current system.

“By drawing on the government’s levy funding, law firms will have the chance to hire and train new talent from the outset and for those recruited it will bring a welcome end to the financial burden of funding their own training.”