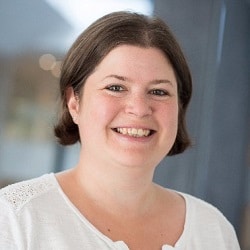 The idea that the Solicitors Qualifying Examination (SQE) will improve diversity is false and instead it will have “devastating effects” on many individuals, two academics have claimed.

They suggested a better focus would be law firms adopting blind recruitment practices that prevent them from knowing which school and university an applicant attended.

The Solicitors Regulation Authority (SRA) announced yesterday that the SQE would begin in autumn 2021.

But according to law academics Dr Jessica Guth of Leeds Beckett University and Dr Kathryn Dutton of York St John University, the SQE would “have the longer term generational effect of various groups self-excluding as they conclude that the profession is ‘not for the likes of them’”.

They were writing in The Law Teacher journal about whether the SQE would widen participation in the solicitors’ profession.

While welcoming the SRA’s “mantra” of widening participation as “a laudable aim”, the authors said, however, that many law firms could not look past a candidate’s A-levels and university when making recruitment decisions.

“The university that counts is the university where candidates completed their degree [which] along with A-levels, is the trusted proxy of quality and there is absolutely no evidence to suggest that the SQE would change that.”

The authors observed: “For many, equality of opportunity remains a distant dream… The inequalities inherent in the higher education system – the route which most still take to becoming a solicitor – are perpetuated in the profession.”

While the headline data showed “limited progress” on social mobility, “that progress masks deeply entrenched inequalities across the profession”.

They continued: “We need to acknowledge the reality that unless these firms significantly change their recruitment practices, they are excluding a very significant proportion of very talented young minds simply because those young minds cannot, by accident of where they are born and who their parents are, demonstrate… middle-class status and socialisation…

“Pursuing a career as a solicitor therefore does not mean the same thing for all law students and we should be honest about the fact that for many their career choices are limited well before they even set foot in a university.”

Universities that did set out to create ‘SQE-focused’ courses might superficially be attractive to poorer students, but would see “working-class students yet further encouraged to end up in universities seen to be ‘second class’ both by themselves and others”.

Among other improvements, law firms could introduce “genuinely background blind recruitment practices that make it impossible for employers to know which school and university someone went to”.

The SRA could abandon the SQE and “and instead [think] carefully about where the problems with legal education and training really are and [address] those”, the academics concluded.