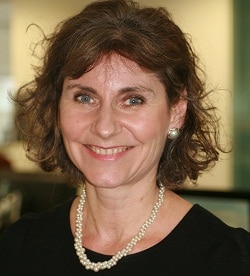 Brannan: universities will not have to offer stage 1

Some universities will incorporate the first stage of the proposed Solicitors Qualifying Exam (SQE) into their law degrees, the education and training director of the Solicitors Regulation Authority (SRA) has predicted.

Julie Brannan said this would make the legal practice course (LPC) redundant, saving law students up to £15,000. She suggested that law students at universities which did not teach the SQE would have to take additional courses.

Earlier this month the SRA unveiled its revised plans for the SQE, the proposed centralised test for anyone wishing to qualify. It will be split into two stages,

The idea of the test is to ensure there is a consistent benchmark for would-be solicitors. The regulator said it expected many aspiring solicitors to take SQE stage 1 before their work experience and stage 2 after it.

Combining stage 1 with law degrees would transform them from purely academic exercises into courses which were at least partly vocational, as Ms Brannan made clear that stage 1 of SQE would test both black-letter law and procedural law – so criminal law would be combined with criminal litigation, contract and tort with civil litigation, and land law with conveyancing, and so on.

She gave as a potential example of a conveyancing question: ‘These are the results of your searches, what should you do?’

Speaking at last week’s SRA Compliance Officers Conference in Solihull, attended by over 1,000 lawyers, Ms Brannan said the regulator believed the new exam was the best way of addressing the “twin concerns” of greater consistency and flexibility.

“We think it will give us a high-quality, rigorous and fair assessment, and this will underpin the standing of the profession, both in this country and internationally,” she said.

“We know that many leading jurisdictions in the world have a centralised Bar exam, so we’re moving in line with that.”

Ms Brannan said that by not specifying a particular route to qualification as a solicitor, the SRA would allow universities to develop courses which met the needs of their students.

“Some universities would integrate preparation for SQE 1 into their law degrees. Others might not, and in that case students might have to take an additional preparatory course to teach them their conveyancing.”

Ms Brannan said stage 2 of the SQE would follow a “substantial period” of workplace training, which would probably last 24 months and no less than 18.

“Law firms would sign off not that students had achieved the standards set out in the [SRA’s] competence statement, but had been given the opportunity to do so, enabling us to make sure that standards were consistent at the point of qualification.”

Ms Brannan said time spent as a paralegal, at a law clinic, in a placement at a law firm as part of a law degree, or work experience at a number of employers would all count as workplace training under the new regime.

However, the high level of scepticism about SQE among conference delegates was reflected in a show of hands, with only around 20% welcoming the idea of the new exam as a way of improving standards.

“We have seen no evidence of competitive pressures at present in the LPC market. Prices have just continued to increase inexorably since the LPC was introduced in 1993,” Ms Brannan observed.

Responding to a question from former Law Society president Linda Lee about ending the requirement for contentious and non-contentious work experience, Ms Brannan said: “It is a shift and it’s something we’ve thought very carefully about.

“It’s an attempt to reflect the reality of practice that once people qualify as a solicitor, they qualify as either a contentious or non-contentious solicitor. It is very rare for people to flip between the two.”

She said universities could offer a “very generic” approach to training in their first two years, relevant to both solicitors and barristers, then have a specialised course in the third year for those wanting to become solicitors.

Ms Brannan went on: “A lot of the skills that we are assessing in the SQE, such as communication skills and analysis, are relevant to solicitors but also for those students who go on to other positions such as managers or accountants.”

She said SQE would develop a more competitive legal education market. “It will create more choice and enable people to be much clearer about which university they want to attend to study law. Most people think they’re going to qualify as solicitors or barristers. There’s a lack of transparency about what is being offered.”

She added that the large numbers of students taking SQE would create economies of scale, which would help reduce prices.