SQE could be delayed beyond 2020, SRA admits as top City firm partner lays out concerns 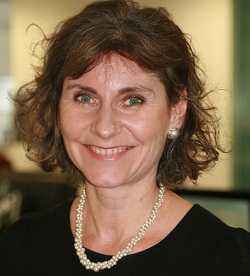 The Solicitors Qualifying Exam (SQE) could be postponed beyond its launch date of 2020, the Solicitors Regulation Authority (SRA) has admitted.

In a further development, the regulator has said it was possible that the all-powerful central assessor of the new exam could also be a course provider – a move likely to provoke fierce opposition from law schools.

Julie Brannan, director of education and training at the SRA, said the “target introduction date” remained 2020, but “the most important thing is to get SQE right, and if it takes a little longer to do that, then we will take the time that is needed”.

Replying to a question at this week’s Westminster Legal Policy Forum, Ms Brannan said the SRA would insist on “controls and protections” if the firm chosen as SQE assessor was also a course provider.

“Potentially we will allow this, but only if we are satisfied that the necessary protections are in place.”

Ms Brannan compared the situation to A-Level examiners who were also teachers, and said that an organisation with the right subject knowledge to be the SQE assessor was likely to be involved in some form of legal training.

Earlier in the session, Ms Brannan told delegates that the SRA hoped to launch a consultation on transitional arrangements for the SQE in September this year.

As previously announced, she said anyone who had embarked on an LPC course when the SQE was introduced would be able to choose to continue under the old system, subject to a “long-stop” date.

She said a tender would be launched “very soon” to find the single assessment organisation for both parts of the SQE. Ms Brannan said the new exam would be tested in 2018 and 2019.

She added that the testing could include a “live pilot”, and if this was not possible for regulatory reasons, the SRA would want to try out assessments on “real students”.

In the panel session that followed, the SQE came under sustained attack from Ruth Grant, partner at Hogan Lovells and member of the City of London Law Society’s training committee.

Ms Grant described the SQE consultation process as “a bit of a roller-coaster”, though she was glad the SRA had abandoned its plans to reduce the minimum period of training for solicitors to less than two years, following what she described as “an outcry from the profession”.

However, she criticised the proposal that workplace training could be signed off by “any solicitor”, stating only that the trainee “had the opportunity to develop some or all of the competencies in the competency statement”.

Ms Grant said that “a lot of partners” in the City were concerned about computer-based testing as the primary means of assessment for SQE.

“Our job as lawyers is to analyse the facts from scratch and work out the answer, not to analyse a range of answers and pick the best.”

Ms Grant said that if the SQE was set at “too low a level”, the City firms would “provide training for what we need”.

She went on: “We will carry on recruiting people from the universities. Most of them will not have done an SQE assessment at that stage, and so their performance in the SQE won’t determine whether or not they get a training contract, though obviously they will need to pass it.

“We don’t recruit many lawyers at the newly qualified level. I don’t think, given what we know about SQE at the moment, that the marks they got in their SQE will be decisive. We’ll be testing their competence as specialists at a completely different level.”

Ms Grant added that if assessment of the SQE was in the hands of a single provider, she would be concerned “both about the competition aspect and about price”.