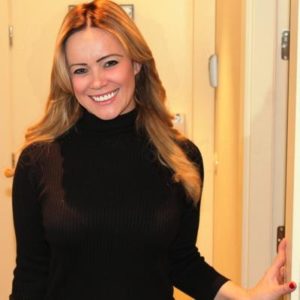 Ex-Premier League footballers including former Manchester United and England striker Andrew Cole are set to be among high-profile sporting clients of a law firm that has taken investment from a sports and media group and re-launched as an alternative business structure (ABS).

In what it described as a “partial acquisition”, Burnley -based law firm Southerns will continue to be a full-service practice.

But it launched a ‘VIP sports and media department’ to provide legal services to sporting clients of its new shareholder, Phoenix Sport & Media.

As part of its restructuring, Southerns has converted to a limited company with trading names of Southerns Law and Southerns Solicitors. Sports lawyer Carly Barnes, a director of Phoenix, has been appointed chief executive and another Phoenix director, wealth manager Ben Rees, has become chief financial officer.

As a non-lawyer, it was Mr Rees’s involvement that necessitated the ABS.

The ABS’s head of legal practice and of finance and administration is solicitor-advocate Neil Cronin, whose title has changed from managing partner to managing director.

Along with Mr Cole, former Sheffield United striker Brian Deane, and ex-Southampton and Leeds United player Rod Wallace, are expected to be clients of the venture and were present at its launch earlier in the month.

Mr Cronin said he expected the trio to be “the first of many” new footballer clients.

Speaking to Legal Futures, he said the investment by Phoenix was the result of a “chance conversation” with Ms Barnes, whom he had known for some years.

He continued: “We will remain a multi-area law firm… We are not going to do sports law per se but will be potentially getting referrals in from people of a sporting background and undertaking their conveyancing work, wills and probate, commercial property… and family law work.

“So it’ll be continuing to do all the same areas of work that we’ve always done but potentially with an influx of a different client base in addition to our normal client base.

“When people talk about sports law, often they are talking about player contracts and we’re not thinking of going down that road at this juncture.”

He concluded: “Carly and Ben joining us and leading the broader team will add significant strength to our leadership model and accelerate all that is good about Southerns.

“They will focus on looking to the future and at the wider outlook of the new firm. Essentially this will provide a beneficial function for us in a legal marketplace [which is] undergoing rapid and drastic change.”

Phoenix is based at Silverstone Innovation Centre in Northamptonshire, the home of the British Grand Prix.