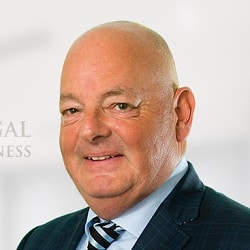 A boutique sports law firm that counts Premier League football players among its clients has become an alternative business structure (ABS) and is ready to discuss external investment.

Two-partner Front Row Legal in Leeds received a licence from the Solicitors Regulation Authority in January, according to managing partner, Richard Cramer, primarily in order that a member of his family could become a shareholder.

The firm specialises in sport, media and business law and has worked with high-profile sportsmen, coaches, managers and agents.

Mr Cramer told Legal Futures that the opportunities presented by ABS status might help attract an outside investor keen to take a share in what he believed was rapid growth in the sector.

But he stressed the firm was “not going to jump into bed with the first person that comes along” or “give away shares willy-nilly”.

Possible investment might come from an entertainment or sports agency that wanted a share of ownership in an established sports law firm, a niche area that had no more than perhaps 15 or 20 boutique practices, in addition to the specialist sports law departments of larger firms.

He believed Front Row was in “pole position” to capitalise on a “growth area” as a result of greater regulation in the sector.

He elaborated: “If it’s regulated, there is a need for professional advisers, especially lawyers…

“There is a fair amount of litigation knocking around these days, whether it’s arbitrations, financial fair play, disciplinary, disputes between players and agents, agents and players, clubs and agents, managers and clubs.”

Much of the legal work in sports law remained beneath the media radar, he explained, because it was usually dealt with by way of arbitration.

He added that arbitration was common in the entertainment industry too, while social media, with associated developments such as influencers and brand ambassadors, had led to an increase in legal work in the sector.

Mr Cramer was frank that he was “no spring chicken” and that an element of succession planning informed his thinking. But neither was he “after a big payday”.

The truth was his firm was an attractive proposition to an investor, he claimed. For this reason the business was not dependent on external investment.

His 30-plus years in the profession had led to him having “a lot of experience, a lot of intelligence within the industry [and] having sector knowledge is just as important as legal knowledge – and we’ve got that”.

However, he said, he was realistic that, as a smaller firm, it was a challenge competing with better-resourced larger firms.

He welcomed the chance to have less “daily grind that comes with running a small practice” and more time doing what he did well, which was fee-earning and securing new business.

He suggested that many sports agencies were unaware of ABS or the potential investment opportunities it brought.

Last year, we revealed that the first ABS licensed by the Bar Standards Board – a combination of barristers and football agents – had shut down.