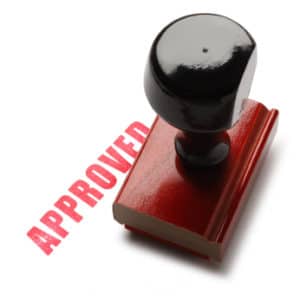 The Solicitors Regulation Authority and Council for Licensed Conveyancers need to speed up their processes for approving alternative business structures (ABS), the Office of Fair Trading (OFT) said today.

It also called for further simplification of the complaints system – meaning greater publicity of the Legal Ombudsman (LeO) as the single ‘post-box’ for both service and conduct complaints against lawyers.

While positive overall about the impact of the Legal Services Act so far, it further recommended actions to increase the number of available pupillages and gave cautious support for the move away from title-based regulation and towards regulation based on the specific work being undertaken.

The research by Europe Economics and supported by a YouGov survey of 2,012 consumers found the approval processes for ABSs to be slow, with only around 70 out of more than 150 applications approved to date.

The OFT said the regulators need to speed up the process and to make sure there are no unnecessary barriers preventing businesses from entering the market to deliver legal services to consumers in new and innovative ways.

At the time the main report was compiled, only 16 ABSs had been licensed, and using this limited data and other feedback “we estimate that on average it costs between £27,000 and £160,000 more to gain authorisation as an ABS compared to the traditional model and can take 10-18 months to complete”.

The report acknowledged that there may be an element of “learning by doing which would suggest that our figures overestimate the cost in the medium to long term”. But it added: “While there appear to be no clear barriers to entry for ABS, it remains an open question whether the time and cost of applications is acting as a deterrent. This remains an area that may warrant monitoring in the future given the relative novelty of the reforms.”

On complaints, the OFT’s research found that around a third of the population of England and Wales have used legal services since 2007, equating to around 3m people a year. Of these, around 15% (approximately 460,000 people) suggested there were not satisfied with the overall service provided the last time they used them; 25% were very satisfied, 44% satisfied and 16% neither satisfied nor dissatisfied.

Only 13% of dissatisfied customers went on to make a formal complaint, which was found to be largely due to uncertainty about how or where to complain and scepticism about whether complaining is worth the effort.

The OFT was critical of requiring consumers to distinguish between service and conduct complaints before being directed to the appropriate body. “The Legal Ombudsman currently operates a single post-box system, receiving complaints not resolved by the provider before forwarding them to the relevant statutory body as appropriate. However, the system is not effectively signposted by lawyers or easily understood by consumers and the OFT is calling for the system to be actively promoted as standard by all in the sector, including by the other regulators.”

The OFT found that for every pupillage place, there are on average six applicants, compared to a three to one ratio for solicitor training contracts. While pupillage places are driven by market demand for barristers, the process of becoming a pupillage training organisation (PTO) may be limiting access to the market, it said.

“There is evidence to suggest that the role of non-chambers PTOs and the scope for barristers to supervise more than one pupil at a time (as is the case for solicitors) could be explored further to ensure that these do not present unnecessary barriers to entry to the profession.”

Furthermore, “the introduction of ABS and increased direct access for consumers to barristers may create a rise in demand for barrister services and increase the number of pupillage places available”.

More generally, the OFT noted: “There is a current debate about moving from the traditional title-based qualification and regulatory model to an approach based on qualification for specific activities. This could improve risk based regulation and allow greater flexibility for firms to enter the market. Such issues may warrant further exploration following the forthcoming report on legal education and training by the Legal Education and Training Review.”

“We are encouraged by the recent reforms, which have improved the regulation of legal services and removed unnecessary barriers to firms offering new business models to consumers. However our research shows that there is still room for improvement. Too many consumers are unhappy with the service they receive, yet are put off pursuing complaints by the complexity of the system.

“A better approach to handling complaints would not only support individual consumers’ right to redress when things go wrong – together with competition from alternative providers it would also drive a more customer-focussed approach by law firms, something our survey results suggest is still needed.”