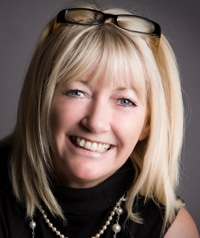 The latest personal injury (PI) law firm to become an alternative business structure (ABS) is eyeing up the opportunity of offering insurers a specialist white-label service, it has emerged.

Hilary Meredith Solicitors is a well-known practice in Cheshire which handles multi-track PI cases, with a particular specialism in military accidents. It has almost 50 staff, a turnover of nearly £7m, and opened a London office last July.

Though the initial impetus for becoming an ABS was to enable longstanding non-lawyer managing director Stevie Tatton to become a partner, Ms Meredith – the chief executive – told Legal Futures that the status gave the firm much greater flexibility.

She explained: “ABS status is a natural progression for the business. We are a niche firm dealing with high-value complex cases. We don’t rule out approaches by insurers to potentially white label us as their specialist multi-track department for claimant cases and we have already had some interest. Our ABS licence certainly gives us options heading into the future.”

Ms Meredith said the ABS licence provided the firm with “all sorts of options” about how an arrangement with an insurer could be structured. “Without that status, you can’t get off the starting blocks.”

She said the process had been smooth up to the point where the Citizens Advice Bureau at which the firm’s prospective head of finance and administration was a director went into administration because its government funding had been pulled. This caused a hiatus.

The firm’s other director is Clare Stevens, who heads the military department and whose work has included Checkpoint Blue 25 – where five British soldiers were shot by a rogue Afghan policeman – and US friendly fire air strikes.