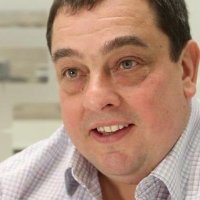 Both larger and high street firms are set to “lose out” in the face of competition from specialist practices as well as non-legal businesses in the coming years, new research has shown.

A more “artisan/bespoke” approach is set to gain ground, according to LexisNexis’s fifth annual Bellwether report, The Art of Success.

Two-thirds of the 118 ‘independent’ firms surveyed cited ‘being bespoke’ as the key driver to their success, and the report said “it appears that this difference in focus will have a material impact on the market”.

Predicting the next three to five years, 69% of independent firms polled – the majority of which had 10 fee-earners or fewer – expected an increase in smaller, specialist suppliers providing quality versus quantity.

A similar number believed that specialist firms would start to steal business away from the traditional high street firms that “can’t compete with these levels of bespoke service”.

But more than three-quarters (77%) agreed that non-legal businesses would compete directly with law firms, although they expected them to employ lawyers to do this, rather than using other professionals.

The report said: “The future looks set to be challenging, but also increasingly ‘boutique’ – with smaller, more specialist firms looking to steal business from larger, more established and traditional firms by focusing on quality over quantity…

“Respondents are particularly scathing of firms that follow the same ‘cookie cutter’ approach for every client, without considering what each individual client actually wants to achieve.”

The report said that most independent law firms saw success as “a trinity of three elements”: the quality of their expertise, solid commercial logic, and commitment to a happy working environment.

Poor staff morale was by far the main complaint the lawyers had from their experience in larger firms, and they had learnt the importance of creating “a healthier working culture in their own firms for staff and clients alike”.

LexisNexis found that being a ‘good’ lawyer was “not just about knowing your law or being a skilled craftsman”. It said: “It’s about understanding how to apply the law to serve your client’s business and personal needs. It’s also about exercising common sense. Having excellent people skills is as important as being commercially savvy.

“Crucially, our research reveals that nearly a third of respondents think that half the profession are not actually capable lawyers – a strong indication of the importance of these three elements.”

At the same time, the results showed that the lawyers did not always practise what they preached. While 69% said understanding how to apply the law to their client was of highest importance, only 11% said having a sound grasp of the business world was a top priority. “This begs the question: is it possible to do one without the other?” said the report.

Being good at marketing and good with technology were also trailing behind at the bottom of the list of priorities. “This suggests lawyers still don’t see marketing as part of building closer relationships with their clients, or how technology can free up time spent on routine tasks that could be devoted to clients instead.”

Overall, it seemed to be a good time for independent law firms, with 87% saying there were either stable or growing, higher than any year since the Bellwether report began in 2013.

Jon Whittle, market development director at LexisNexis UK, said: “Disenchanted by the way that larger law firms operate, successful independent lawyers are determined to learn from their past experiences and create a healthier working culture in their own firms for staff and clients alike.

“These new enlightened decision-makers are proving that business achievement starts with client care and a good working environment and culture for their people.

“It’s these elements, coupled with sound investment in the right tools, technology and information to enable them to provide the bespoke services their clients now expect, that will help them to not only survive but thrive over the coming months and years.”