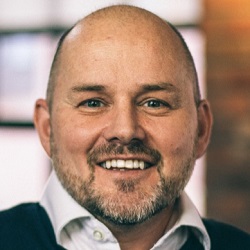 A fast-growing law firm specialising only in contentious probate is launching a network to support non-specialist firms later this month, to be followed by two tech products.

Martin Holdsworth, founder of IDR Law, said the firm had doubled the number of fee-earners in the past six months from eight to 17 and increased its offices from one to three.

The idea behind the IDR Network was partly to streamline referrals from non-specialist law firms and partly to give those firms access to “everything we know” in the form of free training.

Mr Holdsworth said around half the firm’s work was referred by non-lawyers, such as accountants, financial advisers and particularly probate administration companies.

They will also get guest passes to the IDR University, where barristers provide CPD in return for instructions.

A 10% fee-share arrangement is “often available” and IDR makes a no-competition pledge to referring law firms.

Mr Holdsworth founded IDR Law in October 2017 on the basis that it would not do “any element of non-contentious work”, it would be “paperless” and “built on a virtual basis”, although it had an office in Harrogate.

From the start the firm adopted what he called “family flex working”, with fee-earners committing to a certain number of billable hours per week and deciding when they did them, with no minimum number of days in the office.

“When the pandemic hit, nothing changed. We didn’t stop to breathe, we just carried on.”

Mr Holdsworth said that offices were “places to come and meet”. IDR opened an office in Manchester last November, followed by Bristol in December.

Further openings would take place in London this autumn and then probably the Midlands and the North-East.

Expansion was funded out of profits, and Mr Holdsworth said that although he did not rule out private equity investment, he did not want to “lose the soul” of IDR.

Law firms who join the IDR Network would get access to tech products developed by Metrona Technologies, a lawtech company he founded in 2018.

Among its products is i-Divide, software which aims to reduce acrimony over the division of chattels by using a ‘perceived fairness algorithm’, which Mr Holdsworth said was partly developed by a professor of mathematics.

He said this was due to be offered to network members in April.

A further tech product which the solicitor has developed, this time through a separate company and with private equity investment, is the Family Risk Report or FRisk, an app which gives users an overview of what would happen to their partner, children, house, savings, debts, tax, pension, pets and digital assets if they died yesterday.

Mr Holdsworth said the FRisk website would be revamped in the spring before being offered to consumers.