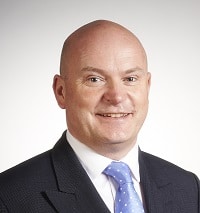 Murphy: No firm wants to be the first to move on AI in case things go wrong

A greater focus on specialist sectors is seen by senior managers as the biggest opportunity for law firms over the next two to three years, a survey has found.

It comes at a time when firms believe that competitive pressures have increased but almost all are confident about the future.

The three most commonly cited opportunities were focus on specialist sectors (71%), investment in technology (63%) and lateral hires (33%), according to the annual survey of 108 senior managers of firms of all sizes – from less than 25 partners to more than 200 – by accountants Smith & Williamson.

“It is encouraging to see many firms rethinking their strategic plans to find the right focus for their practice and stand out in this competitive market,” the report said.

“By contrast, the full-service model of some mid-tier firms appears to be losing ground. Many such firms have struggled to deliver the perceived benefits of cross-selling a full range of services to clients.

Adoption of new technology jumped from sixth last year to second on the list of challenges for firms, after recruiting and retaining the right people. Researchers described artificial intelligence (AI) as “the stand-out technology opportunity identified”.

Giles Murphy, head of professional practices at Smith & Williamson, said: “AI has the potential to complete the more onerous and mundane document management tasks that firms face. It could allow those currently focused on these tasks to switch to more client-facing roles and generate fees.

“Crucially for law firms, it could increase productivity across the entire business which is an area we have seen suffering. However, no firm wants to be the first to move in case things go wrong.”

However, AI was bottom of the table of technology issues facing firms, with only 25%, compared to cyber security (65%), ‘enhancing the client experience’ (54%) and managing workflow (32%).

“Ten years ago, those managing law firms may have turned away from the potential of tech but developments in core areas, such as big data, cyber security and the cloud, are beginning to have a noticeable impact on the industry,” Mr Murphy said.

Four in five respondents said that competition had increased in the past year year (compared to 60% in 2016). They saw their current direct competitors as their biggest threat, rather than new entrants to the market, followed by niche firms, in-house legal teams and accountancy firms.

The report said: “There is less concern about competition from online services and international firms, although a number of respondents highlight the growing influence of ‘virtual firms’, ‘commoditised quasi-legal services’ and new entrants adopting aggressive marketing strategies.

“Competition is being compounded by corporate clients boosting in-house legal resource and looking for new service delivery models and volume discounts — 25% of respondents say this is a significant source of competition.”

Some 93% of respondents were nonetheless confident about the outlook for their businesses over the next year, with Smith & Williamson wondering whether they were being too confident.

On Brexit, researchers said the “overriding concern” for senior managers was long-term damage to the UK economy. On balance 60% viewed leaving the EU as a threat rather than an opportunity.

The top two threats facing firms post-Brexit were falling levels of business in the long term and reductions in client base.

“Helping clients to address the immediate changes involved in Brexit will undoubtedly create short-term opportunities for some,” the survey said.

“Change of any type tends to create demand for expert professional advice and, as one respondent points out, unease tends to prompt litigation.

“The longer-term benefits for some sections of the legal profession are harder to predict given the hard versus soft Brexit debate.”