Some conveyancers “too close to developer clients”, MPs warn 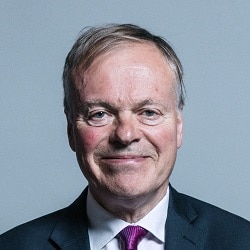 Some conveyancing solicitors have become “too close to developers” and do not put their clients’ interests first, MPs claimed today.

They called for an end to financial incentives for buyers to use developers’ panel solicitors, and for the government to investigate whether redress mechanisms for lawyers’ clients were sufficient.

They even floated the idea of a compensation scheme for the mis-sale of onerous ground rents, funded in part by solicitors.

In a major report on the leasehold system, the housing, communities and local government select committee called for wide ranging reforms, saying that the balance of power in existing leases, legislation and public policy was “too heavily weighted against leaseholders”.

MPs said they received “several accusations” of a failure of developer-recommended solicitors to highlight onerous terms in leases.

A recent report by NAEA Propertymark found that many of those who bought from the developer did understand what being a ‘leaseholder’ meant until they had already purchased the property, and 48% were unaware of the escalating ground rent until it was too late.

Two-thirds used the solicitor their house builder recommended, who failed to tell 15% that they were not buying the freehold – they had to find it in the contract themselves. As a result, 62% felt like they were mis-sold, while the majority (94%) regret buying a leasehold.

However, David Jenkinson, representing Persimmon, told the committee in evidence that he was not sure what more developers could have done to provide information. He added: “There is no way the solicitor would not tell them that it was a leasehold property and explain the ground rent.”

The committee said that “ultimately it was the responsibility of conveyancing solicitors to ensure prospective purchasers of leasehold properties were aware of the ownership structure and lease terms and their effect”.

It continued: “It was concerning, therefore, to hear several reports from leaseholders that they had been advised, incentivised or required by the developer to use a specific conveyancing solicitor, who subsequently did not advise them of onerous terms in their leases.”

There was “nothing inherently wrong or unlawful” in developers recommending panel solicitors, the report said, and developers and solicitors representatives told the committee that such relationships were for the benefit of customers so that a full investigation of title was not required with each purchase.

But despite being told by the Law Society that it was vital consumers have a choice of solicitor, the report said: “We received considerable evidence of developers incentivising and insisting on the use of a specific conveyancing solicitor.

“Katie Kendrick, representing the National Leasehold Campaign, told us that members of her group had been offered ‘free carpets, free lawn in the back gardens… a discount off other parts of the house, if they were to use their panel of solicitors’.”

Other leaseholders said developers were more insistent, with Taylor Wimpey accused by one buyer of withholding information from his solicitor of choice “to the point that my solicitor told us if we didn’t use [their] recommended [solicitor], there was no way we would complete within the eight-week deadline”.

Beth Rudolf, representing the Conveyancing Association, told MPs that solicitors should have refused the instruction in such circumstances.

The committee concluded: “Consumers must be able to access independent and reliable legal advice when purchasing a property.

“Their interests cannot be served where they are coerced into using developer-recommended conveyancing solicitors, who rely on repeat business from developers and may not be inclined to put their client’s interests first.

“The government should prohibit the offering of financial incentives to persuade a customer to use a particular solicitor.”

The report said this issue was “particularly concerning in the context of evidence that some developer-recommended conveyancing solicitors failed to draw clients’ attention to the ownership structure or onerous lease terms. We received several submissions making such allegations.”

The Law Society pointed out that buyers had very little scope to negotiate with the large developers, however onerous the proposed terms were, and that, late in the sales process, many buyers were unable to consider such details.

Ms Rudolf highlighted the difficulties in communicating complex information to prospective leaseholders who have already fallen in love with the property, and called for more information to be provided at the very start of the sales process:

The report said: “It was extremely concerning to hear from so many leaseholders that their developer-recommended solicitors had failed to advise them of onerous terms in their leases.

“Such evidence suggests that some conveyancing solicitors have become too close to developers and did not put their client’s interests first.

“This does not, however, absolve developers of the blame for taking advantage of their dominant position and creating such leases in the first place. Buyers should be encouraged to ensure that they seek independent legal advice.”

In so far as redress was concerned, the report acknowledged various difficulties in bringing professional negligence claims, but said the government “needs to act on its promise to help leaseholders seek to redress where they have been let down by their conveyancing solicitors”.

It recommended that the government undertake a review within the next six months to determine whether existing routes to redress, including the Legal Ombudsman’s scheme, were satisfactory or whether a new alternative dispute resolution scheme should be established for leaseholders with legitimate claims against their solicitors.

More broadly, the committee concluded that key elements of the current leasehold system were open to abuse and without defined purpose.

“Ground rents have in some cases increased to a level leaving properties unsellable and unmortgageable, while permission fees have been levied far beyond the reasonable cost of administration.

“Both should be subject to legislation that establishes when they can be used and how they should be calculated. Other aspects, such as processes for invoicing service charges and renewing leasehold must be made simpler, demonstrate value for money and provide greater transparency to leaseholders.”

Committee chair Clive Betts MP said: “There are some practices that should stop outright. There is no reasonable case for a house to be sold as leasehold. Equally, financial incentives to use preferred solicitors raise serious questions of a conflict of interest.

“In other areas, such as ground rents, service charges and dispute mechanisms, the government needs to tip the balance back towards leaseholders.”